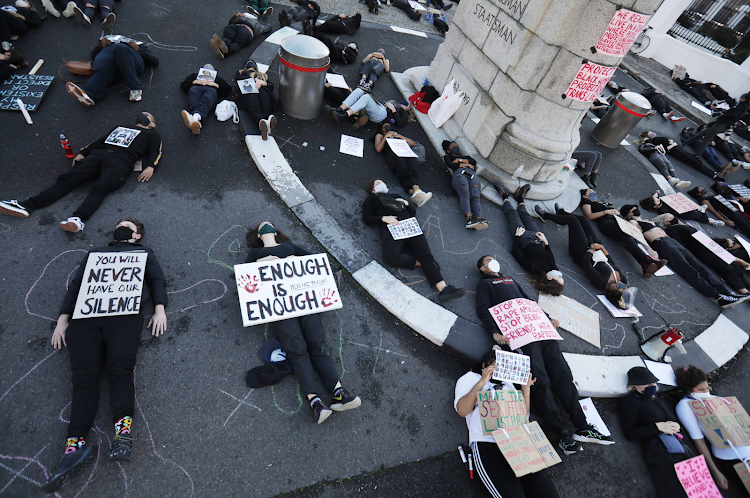 Art and film are being used by women to help fight the scourge of gender-based violence in SA and increase women’s voices in the mainstream media.
Image: Sunday Times/Esa Alexander

As the years pass, the idea of what it means to be a woman is evolving. While previous generations have walked so that women today can run, arguably the most important thing that defines a woman today is being whoever and whatever she wants to be.

These women are making their mark by helping to fight the scourge of gender-based violence in SA and increase women’s voices in the mainstream media.

Sara Chitambo is an international award-winning film director and digital entrepreneur who says advocating for women’s rights and telling stories is an extension of who she is. By virtue of being born a black woman, Sara says it is her duty to help increase awareness about black women who are sidelined and discriminated against, not only in the film and television industry, but society in general. Sara’s work centres on women and the youth.

Combining advocacy and art, The Embrace Project was founded during the nationwide lockdown as a response to the increasing cases of gender-based violence being reported in South Africa. Co-founders Leanne Berger and Lee-Ann Germanos launched an online platform that sells local artworks and designs in an effort to raise funds to combat GBV and spark dialogue.

24-year-old game design student at the University of Witwatersrand, Katie De Bruyn, founded her passion project Hardcore Ceramics, which sells mugs with unique designs, in 2018. After nationwide protests in September 2019 following Uyinene Mrwetyana’s murder, Katie created a design in response to the “men are trash” hashtag and dialogue on Twitter. She has since been selling mugs to raise awareness on issues around gender-based violence in SA and donating the proceeds to the Frida Hartley shelter for homeless women in Johannesburg.

R1.6bn fund to fight GBV but some women’s NGOs haven’t seen a cent

Civil society organisations such as People Opposing Women Abuse (POWA) and Masimanyane Women’s Rights International say they have yet to receive any ...
News
1 year ago

This month Nal’ibali is looking at books and literature as a tool to address gender inequalities in SA.
Books
1 year ago

Filmmaker Anant Singh's latest release is not like any of his previous works.
News
1 year ago