'Everyone is traumatised': Durban resort manager after boy's fatal fall 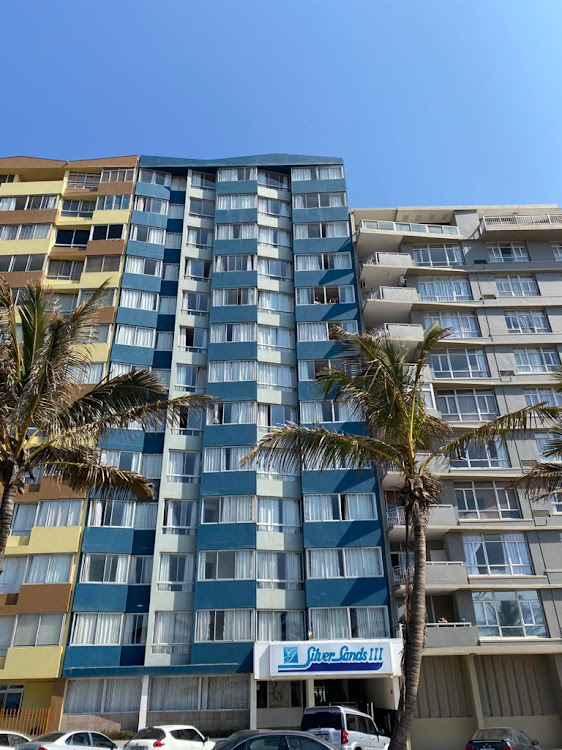 Silver Sands on Durban's beachfront was the scene of a tragic accident on Monday.
Image: Thuli Dlamini

The manager of a Durban beachfront resort says residents, visitors and staff members are still in shock after a five-year-old holidaymaker fell from a 12th floor apartment and died on Monday.

The boy from Gauteng was on holiday with his mother, two brothers and grandmother when he fell to his death from the Silver Sands III beachfront accommodation. Despite the efforts of several people who rallied around the young child, including a lifesaver and a paramedic, the boy was declared dead at the scene.

“Everyone is still traumatised. It was a terrible incident. It seems the youngster climbed up the window and fell out. It was terrible, and we sympathise with the family,” Gary de Klerk, Silver Sands general manager told TimesLIVE on Tuesday.

“It is alleged that yesterday at 9.15am, a five-year-old boy fell from a room on the 12th floor. He was certified dead by paramedics. The circumstances surrounding the incident are being investigated.”

It is understood the devastated family were moved from the apartment.

Residents, holidaymakers and hotel staff prayed, sang hymns and openly wept as a lifeguard tried in vain to resuscitate a five-year-old boy, who had ...
News
1 year ago

Waiter dies a 'hero' after falling under wheels of thieves' car

A waiter who chased cellphone thieves was killed when he fell under the wheels of their getaway car.
News
1 year ago

A man fell to his death while attempting to escape a fire in a block of flats in Pretoria on Friday morning, paramedics said.
News
1 year ago