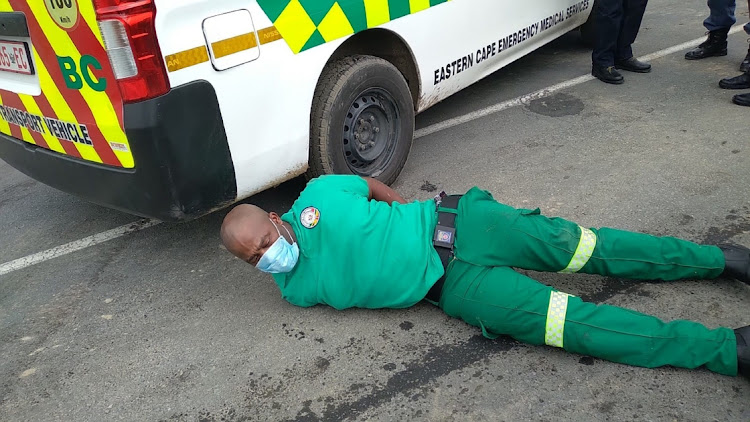 An Eastern Cape emergency medical services employee has been served with a suspension letter by the health department after police said he was caught driving an ambulance while drunk.

Provincial health spokesperson Sizwe Kupelo confirmed the arrest. “One of our emergency care officers stationed at Buffalo City Metro was apprehended by the police in Bhisho and found to be under the influence of alcohol. He was arrested and is formally being charged for driving under the influence,” said Kupelo.

For more on this article, please visit DispatchLIVE.

A police constable in the North West who was filmed drunk on duty has been dismissed.
News
1 year ago

Hundreds arrested in Gauteng for not wearing masks, drinking in taxis, breaking curfew

Hundreds of people were arrested in Gauteng at the weekend for contravention of the Disaster Management Act, provincial police said.
News
1 year ago

A Gauteng traffic police officer sustained serious injuries when he was driven into by a 38-year-old man who was allegedly driving drunk on Wednesday.
News
1 year ago