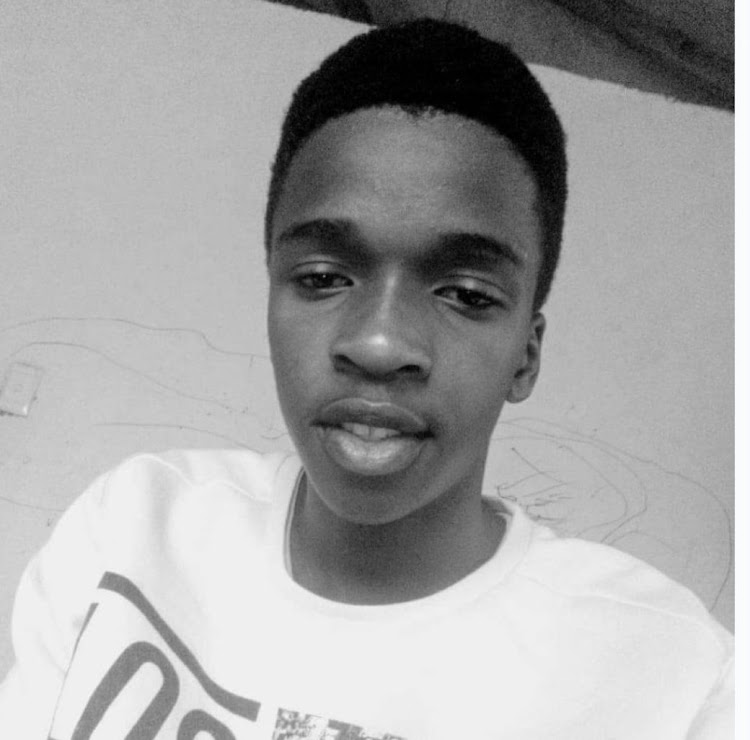 Andile 'Bobo' Mbuthu, a 16-year-old from Tongaat, went missing after he was allegedly caught stealing at a local tavern in May last year. His body was recovered from a river just days later.
Image: Supplied

One of the men accused of the brutal murder of 16-year-old KwaZulu-Natal teen Andile Bobo Mbuthu was shot dead in Tongaat, north of Durban, on Thursday.

In a statement, Reaction Unit SA (Rusa) said Mlungisi Thabathe, 28, had been killed in a drive-by shooting on Gopalall Hurbans Road in Tongaat shortly after 9am.

“Thabathe was travelling from Gandhi's Hill towards Hambanathi when the occupants of a white Toyota Quest opened fire on his silver VW Polo with high-calibre weapons.

“His vehicle was shot multiple times before it came to a stop. The driver was found slumped over the passenger seat. He sustained multiple gunshot wounds and died at the scene.”

It emerged during day two of bail applications in June last year that Thabathe, who was accused number one, was the owner of the tavern where Mbuthu was last seen. It also emerged that he and Mbuthu were cousins and that their fathers are brothers. 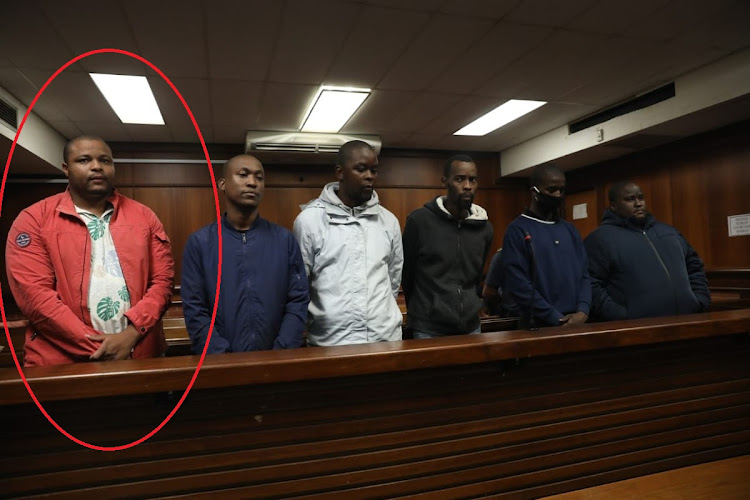 Mlungisi Thabathe, 28, is believed to have been shot dead in an apparent hit on Thursday. Here he is pictured next to his co-accused who are charged with the murder and kidnapping of Andile Mbuthu.
Image: Sandile Ndlovu

Thabathe was one of six men who had been charged with the murder and kidnapping of Mbuthu.

The teen disappeared in May last year after he was assaulted for allegedly stealing alcohol from a tavern in Hambanathi in Tongaat, north of Durban.

A week later the Nkosibomvu Secondary School matric pupil's body was recovered from a river in the area.

Rusa said a police officer was injured in Thursday's shooting.

“SAPS officials who were on patrol in Ndwedwe spotted the suspects' vehicle. A policeman was injured after the occupants of the white Toyota Quest opened fire on their vehicle. He was rapidly transported to hospital by his colleagues. The Rusa Robinson R44 helicopter was expedited to the scene and is currently conducting an aerial search for the suspects.”

“On arrival of paramedics, it was established that the single occupant of a vehicle had sustained multiple high-calibre rifle gunshot wounds to their body. The person was declared dead on the scene. It is alleged that the shooting has ties to the taxi industry.”

Andile Nhleko, 27, Mncedisi Mzobe, 27, Siyanda Msweli, 26, Lindani Ndlovu, 22, and Malusi Mthembu, 27, are the other accused in the Mbuthu murder case.

The maternal family of slain Tongaat teen Andile "Bobo" Mbuthu said they have nothing to say to Mlungisi Thabathe, one of the six people accused of ...
News
1 year ago

A 16-year-old male has been identified as the seventh suspect in the murder and kidnapping of Tongaat teen Andile “Bobo” Mbuthu.
News
1 year ago