Gauteng heliport grounded by drones that flew into flight path

Helicopters used in medical emergencies, tracking of hijacked vehicles and monitoring CIT vehicles were unable to fly for an hour 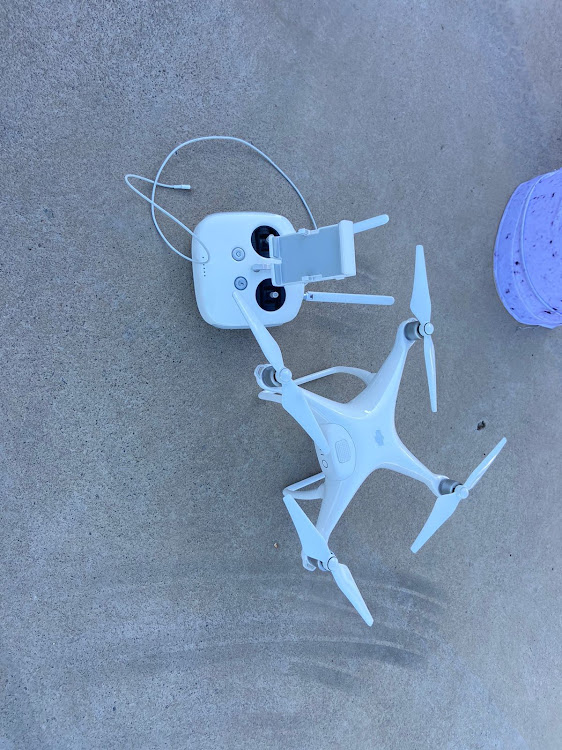 One of the drones that closed the heliport.
Image: Ultimate Heliport

A major Gauteng heliport was grounded for an hour after drones allegedly flew directly in the flight paths of two helicopters.

Ultimate Heliport in Midrand was shut on Monday morning after two drones, which were allegedly being used by Hilti SA to take aerial photographs of a corporate function close to the airport, flew into a designated flight path,

The heliport is used as a base for emergency services Netcare 911 and HALO Aviation, as well as by SBV, Netstar and Bidvest, whose helicopters are used to monitor their cash-in-transit vehicles and search for hijacked cars.

TimesLIVE understands that the first drone was spotted by a helicopter pilot, who alerted air traffic controllers. The second drone, according to Ultimate Heliport staff, was allegedly spotted taking off from Hilti SA premises.

In response to questions, Hilti SA said it was aware of the incident and was in contact with the management of Heliport to clarify the situation.

“Please understand that we cannot comment further for the time being," the company said.

He said the drones had been flying within the flight path of the heliport.

“This is very serious. Drones and the availability of drones have skyrocketed. For low-level helicopter flights, from an aviation point of view, we are at the greatest risk because lots of these drones are small, high-performing and capable of flying incredibly high.

“Some have been found at 1,000 feet above ground level, which is getting into helicopter territory,” said Van der Watt. 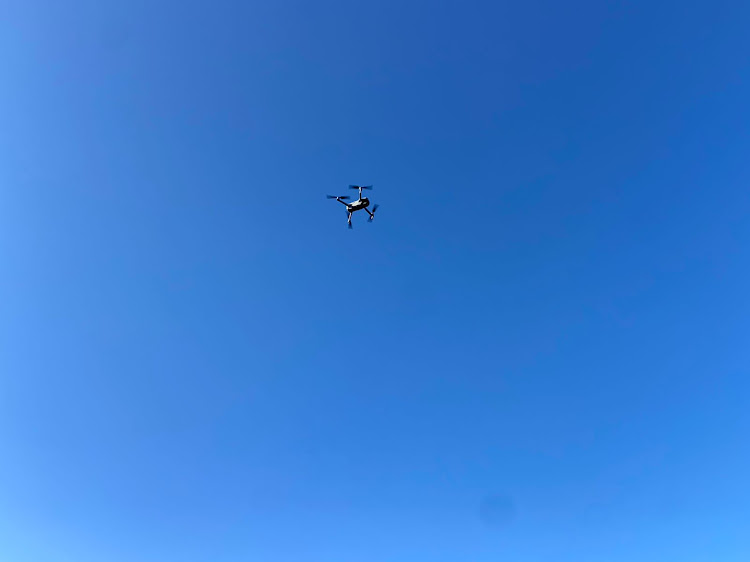 One of the drones that flew in the helicopter flight path.
Image: Ultimate Heliport

He said the public was not well educated when it came to drones and the harm they could cause.

“It is definitely a huge risk. You can go into a toy store and buy a drone that can be used inadvertently to kill a helicopter pilot and passengers.”

Van der Watt said that the heliport fell within the Grand Central Airport traffic zone (ATC). He said no-one could fly a drone within an ATZ without being a licensed drone operator, having notified all traffic in the area of the planned drone flight and having been given the necessary permissions to fly.

“When the heliport was built there were published arrival pathways and procedures. The drones were operating within our arrival pathways. The  fact that they were within the facility ... common sense should have dictated that they posed a risk to helicopters,” he said.

He said their staff approached the drone operators who were about 500m from the heliport, to ask them to land the drones — but they refused.

“They tried to insist that they had licences and authorisations to operate the drones, which I really doubt. If they had, this would have been communicated to all aviators in the area. All authorised drone flights are published on CAA's website, and this was not the case.”

He said the heliport was closed about an hour.

He said the incident pointed to an urgent need for public education on drones.

The CAA was unavailable for comment at the time of publishing.