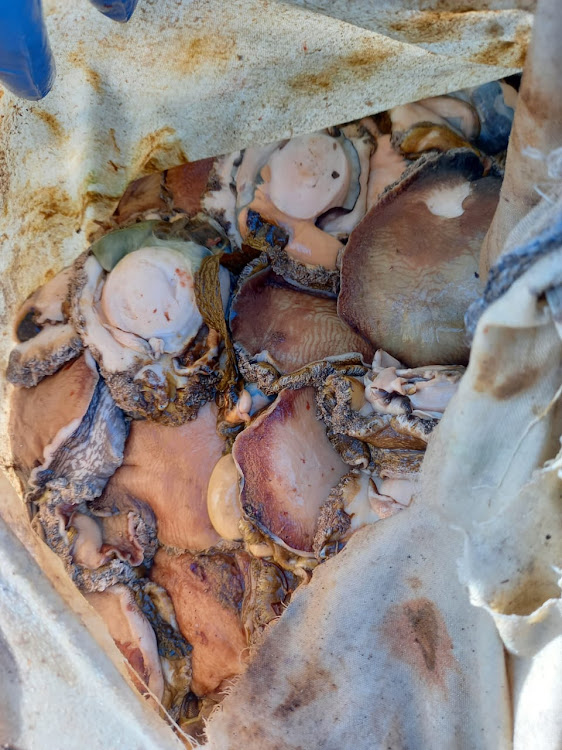 A 26-year-old Pretoria man was arrested for allegedly being in possession of abalone. File photo
Image: SAPS

The Hawks arrested a 26-year-old Pretoria man for allegedly being in possession of abalone and attempting to bribe them with R10,000 to let him go.

The man was expected to make his first appearance in the Atteridgeville magistrate's court on Wednesday for allegedly contravening the Living Marine Resources Management Act and enticement.

According to the SA National Biodiversity Institute “increasing pressure put on SA abalone by both legal and illegal harvesting had led to the banning of abalone harvesting”.

“The investigation team followed up on intelligence on suspicions of illegal possession of abalone.

“Upon arrival at positively identified business premises, police pounced on the suspect and found boxes full of live abalone inside the freezers.

“During the suspect’s apprehension, the suspect allegedly enticed police officers with an amount of R10,000 for them to let him go.

“Police seized abalone as well as the R10,000 in cash for further investigation.

“More arrests cannot be ruled out and the investigation is continuing,” said Mulamu.

The Hawks arrested a 36-year-old man on Wednesday in connection with one of SA's biggest data breaches at credit bureau Experian in August 2020.
News
10 months ago

The Hawks have arrested a Phoenix man who was found in possession of nine smart TVs suspected to be stolen.
News
10 months ago

A former crime intelligence clerk has been hauled before court for allegedly alerting suspected drug dealers to police operations.
News
10 months ago