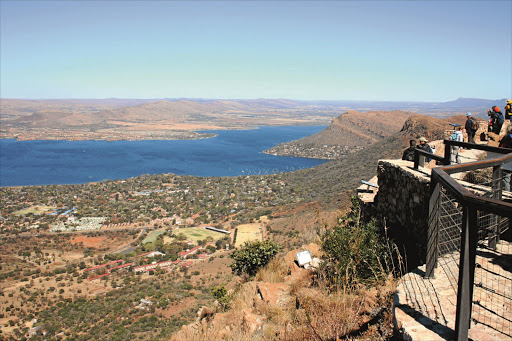 A Centurion woman died after crashing her vehicle into the Hartbeespoort Dam.
Image: File/ JOHAN KRYNAUW

A 29-year-old Centurion woman lost her life after her vehicle crashed over the  Hartbeespoort Dam wall, trapping her under water.

“On arrival a small passenger vehicle was found submerged in the dam. NSRI rescue swimmers were deployed and an adult female was recovered from the wreck.

“The team started cardiopulmonary resuscitation and transferred the woman to their base, where Hartbeespoort Emergency Medical Services responded.”

Crewe said rescue swimmers urgently searched for a baby they believed had been in the vehicle at the time.

Police later confirmed the child was safe with its maternal grandparents and the search was called off. The vehicle was recovered.

“After all efforts to resuscitate the female were exhausted, she was declared deceased.”

The NSRI conveyed its condolences to the family.

Eight people were killed and 13 injured in a collision between a car and a mini-bus taxi on the N2 in northern KwaZulu-Natal on Sunday night.
News
9 months ago