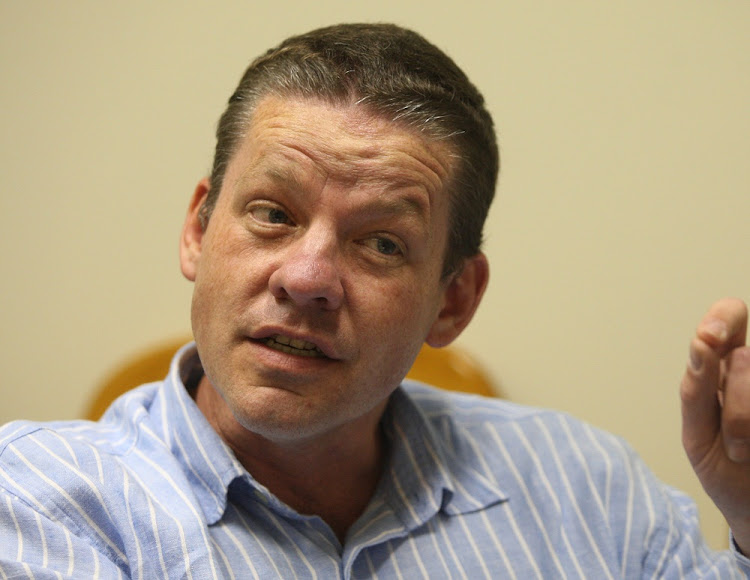 J Arthur Brown’s release on parole marks the final chapter in the Fidentia fraud scandal that unravelled more than a decade ago.

Fidentia managed investor funds worth billions, of which about R1.1bn disappeared from a trust for retired mineworkers and their dependents.

The Supreme Court of Appeal (SCA) handed Brown, now aged 51, a 15-year jail sentence in December 2014. The Fidentia Group founder was convicted of two counts of fraud by the high court in Cape Town in 2013.

Brown confessed to making misrepresentations to the Transport Education and Training Authority, and to Mantadia Asset Trust Investments. The disgraced businessman was initially arrested on more than 190 charges.

In May 2014, high court judge Anton Veldhuizen sentenced Brown to a fine of R75,000 or 18 months in prison, suspended for four years, on both counts. The sentence ignited  public outrage and the prosecution took it on appeal to the SCA, which overturned the high court sentence.

Shortly after the high court’s decision, Brown had received a hero’s welcome in Khayelitsha, outside Cape Town, where he vowed to track down money owed to local residents. He met about 70 former Fidentia investors, most of them elderly and tottering on walking sticks. They hugged and praised him for his perceived bravery. They also promised to help him recover a vast sum of money that he claimed was paid out to the curators of his defunct investment company.

Community members also questioned Brown during an hour-long meeting. The former CEO was greeted with a humble prayer as he entered the centre where it was held.

Brown assured the crowd he had not stolen their money and that the guilty verdict against him was not related to enriching himself at their expense. He said he had come to Khayelitsha to request their help in pursing legal action against the real culprits, who had earned huge amounts because of the Fidentia saga.

Brown takes responsibility for the offences he committed and is remorseful.

“The court has said I did not steal your money. We know where the money is, we must go and fetch it from them,” Brown said.

At the time, he told the Sunday Times he had been invited to address the community about the complex circumstances surrounding his case, which many people did not understand. He said Fidentia had been active in Khayelitsha when it was functioning.

“We launched a lot of projects here. The people know that and remember that. They are definitely happy that we are taking the time to be here.”

Brown said the Fidentia case illustrated serious problems with SA’s financial services sector that he hoped to expose. “I pleaded guilty to two administrative breaches. Does that justify placing a R5bn company in curatorship? The system needs to be corrected. It is not in the interests of the economy,” he said at the time.

Announcing his release on parole, the department of correctional services on Thursday described Brown as “remorseful”.

“This decision was taken by the correctional supervision and parole board, having assessed Brown’s profile and other material submitted for the purposes of parole consideration,” said department spokesperson Singabakho Nxumalo.

Insolvency practitioner Dines Gihwala was struck off the roll of attorneys on Tuesday.
News
2 years ago

“Classified as a first-time offender with a positive support system, Brown’s parole placement is in line with section 73 of the Correctional Services Act.

“The act determines the minimum period of sentence that must be served before consideration may be given for possible parole placement. The minimum detention period for Brown was August 2 2019 but he could not be placed on parole at the time as there was a need for further profiling.

“Brown takes responsibility for the offences he committed and is remorseful. Having completed all the identified programmes as per his correctional sentence plan, Brown was assessed and reports by specialists recommended parole placement.”

He said a victim offender dialogue programme would continue as there was a need to reach out to all of Brown's secondary victims.

“Brown will complete the remainder of the sentence in the system of community corrections, whereby he is expected to comply with a specific set of conditions and will be subjected to supervision until his sentence expires on December 2 2028,” said Nxumalo.

“Critical to highlight, parole forms part of the total rehabilitation programme in correcting offending behaviour and may include continuation of programmes aimed at reintegration while in the system of community corrections.”

The fraud trial of former Fidentia boss J Arthur Brown has been postponed until Wednesday. Brown is accused of running a pyramid scheme and using ...
News
8 years ago

Fidentia auction too little, too late for widow