Refugee Mkhize, who was allegedly shot during the July unrest, says no-one helped them 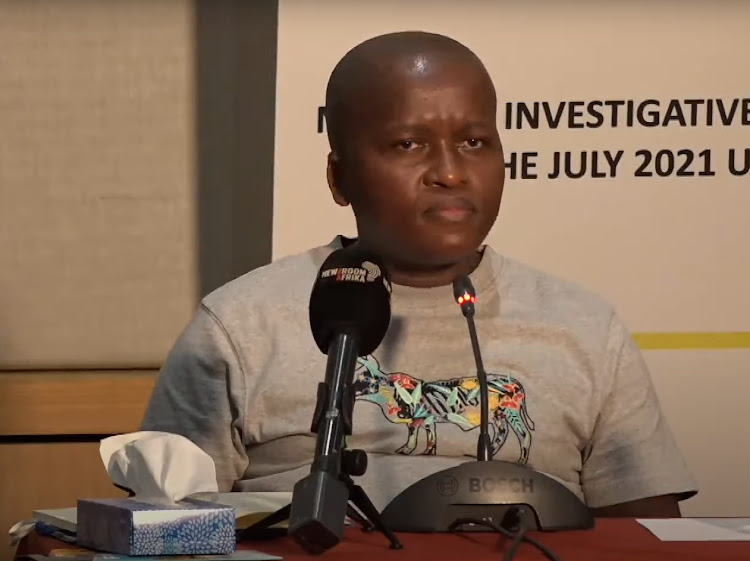 Refugee Mkhize was the first witnesses to testify before the SAHRC panel on Wednesday.
Image: Youtube

The first witness before the panel was Refugee Mkhize, who said he was a victim of the July unrest. He told the commission he was shot and was in a coma for three weeks and a few days.

He showed images of his wounds to the commission and the media.

He also expressed discontent with another witness, Sham Maharaj, who appeared on Tuesday, saying Maharaj had appeared on his “personal agenda”.

“There was no humanity [in Phoenix] for him [Maharaj] to come here and act as if there was someone who helped us while we were being killed. Every Indian who was in that road was violent, assaulted and killed people.

“This thing was properly organised, because they were even using security companies from Phoenix and alerting each other how many people they have killed,” Mkhize claimed.

He urged the media to use images taken in Phoenix when reporting on the events to avoid misleading the public.

He concluded his testimony by saying, “hopefully, we will get justice and regain trust in the police and the courts.”

The second witness on the stand on Wednesday is Mzwandile Magwaza.

“Any black person who was in Phoenix that day was met with hardship,” he told the hearing.

So far, victims and community forum representatives have appeared before the panel to testify about the July events. The SAHRC panel expects to hear from three witnesses on Wednesday. State representatives, analysts, and journalists will also appear in the coming weeks.

The panel is to inquire into, make findings, report, and make recommendations on:

The hearings will continue until December 3, 2021.