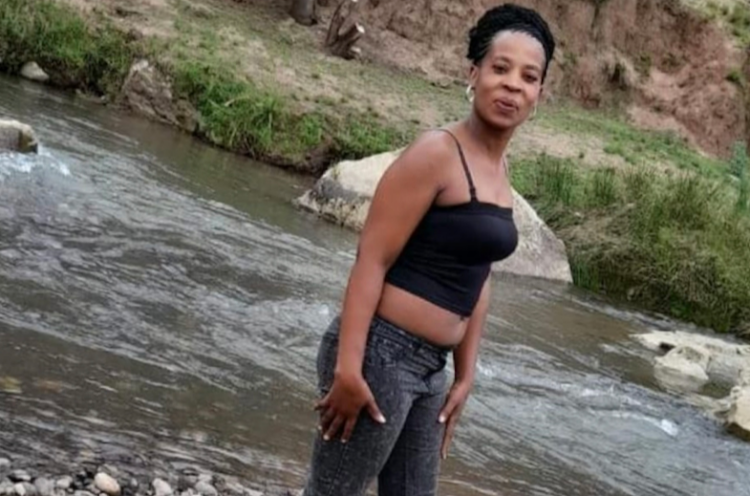 The family of one of two women whose bodies were found in a dumping area in Boksburg, Ekurhuleni, said the deceased had been planning to leave Gauteng to look for greener pastures before she was murdered.

Tsepiso Ntomane, whose body was found on Monday, was unemployed and had been looking forward to leaving the province, her family said.

“We received a call from members of the community about two bodies in the veld. We dispatched officers from the Dawn Park police station to the area and they found two bodies of females. The bodies were already in a state of decomposition, so we could not see visible injuries,” said Masondo.

An inquest docket has been opened. The cause of their deaths is unknown as police are waiting for postmortem reports. 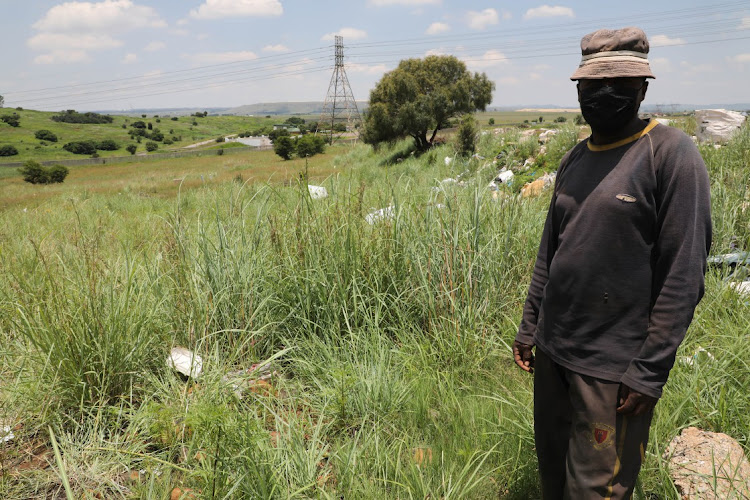 Hlalele Setlai found the body of his cousin Tsepiso Ntomane in a state of decomposition in the veld in the Boksburg area.
Image: ANTONIO MUCHAVE

Ntomane lived alone in a shack in the Freedom Park informal settlement next to Villa Liza.

Setlai, 45, who lives in Daveyton, said Ntomane’s neighbours said they last saw his cousin on Friday afternoon when she was getting ready to go to a New Year’s Eve party at a friend’s place in Holomisa informal settlement, near Windmill Park in Boksburg.

Setlai said he was able to identify Ntomane by the clothes she was wearing.

“I was only made aware by her neighbours on Monday morning that she was missing. On Monday I was at the veld at around 8am collecting scrap metal items. My friends and I sensed there was a bad smell coming from the veld.

The shorts she was wearing were covered in blood. I could tell by the clothes it was her.

“We searched and found two bodies. They were in a bad condition. You could not see the faces properly and there were maggots crawling on their bodies.

“The neighbours told me Tsepiso was wearing a white T-shirt, flowery doek and black Nike shoes. The shorts she was wearing were covered in blood. I could tell by the clothes it was her,” said Setlai.

When Sowetan visited the crime scene on Tuesday, there were heaps of refuse at the spot where the bodies were found.

“I feel a lot of pain. The last time I spoke to her was just before Christmas. She told me she wanted to leave Gauteng to seek greener pastures,” said Setlai.

Ntomane’s friend, Nthabiseng Ramone, 27, said Ntomane had sent her a WhatsApp voice note on Friday at 9.50pm saying she was on her way to her place for their party, but she did not hear from her again.

Masondo asked anyone with information to contact their nearest police station or Crime Stop on ‪08600-10111.

A case of murder is under investigation after a weeks-old baby boy's body was found on the N12 in North West on New Year's Day.
News
6 months ago

Bodies burnt and one victim beheaded in Kenyan village near Somalia

Unidentified attackers killed six men in a Kenyan coastal village near the border with Somalia, beheading one of the victims and burning four of the ...
News
5 months ago

The skeletal remains of 26-year-old Sanda Dlamini were dug up by police on New Year's Day after a 40-year-old man allegedly confessed to kidnapping ...
News
6 months ago