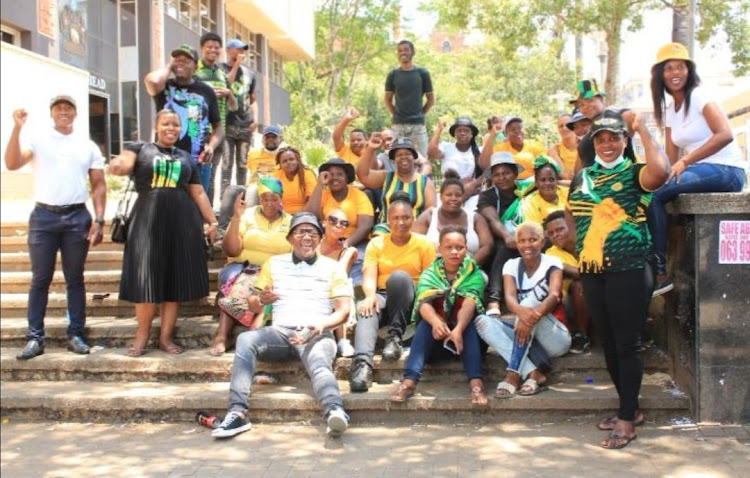 A KwaZulu-Natal policeman charged with murdering his ANC Youth League activist girlfriend Sindisiwe Ndlovu asked to be excused from proceedings in the Pietermaritzburg regional court on Thursday, saying he is ill.

Constable Sandile Mkhize handed himself over to police shortly after the 2019 incident and is out on bail.

His trial was set down for four days, but there have been delays since Tuesday.

The state alleges that Mkhize killed Ndlovu, then 38, at Thokozani location on the outskirts of New Hanover in December 2019.

On Thursday Mkhize sent a text to his Legal Aid attorney Fezeka Majola saying he was unwell.

Majola told the court: “Your worship, the last time I spoke to my client was at 11am. He told me he was not feeling well. Our conversation was brief as he was waiting to go inside the doctor's rooms. He later sent me a note which suggested he would not be fit to come to court on January 27 and 28.”

Frustration as case against alleged killer cop is delayed again

Pietermaritzburg regional court magistrate Balraj Dehaloo has expressed his frustration over further delays in the trial of murder-accused ...
News
6 months ago

She asked the court to stay the warrant of arrest for the next five days.

Magistrate Balraj Dehaloo asked Majola about her client's illness, which she said was related to stomach pain.

Prosecutor Nangamso Matta did not object to the warrant of arrest being stayed.

Dehaloo said he noted the accused had “suddenly” taken ill.

Outside the courtroom, supporters and family members voiced their discontent.

Youth League provincial executive member Nomnotho Lembede said: “We are disappointed with the turn of events because we have never wavered in coming to court. Our worry is that the law is not coming down hard on people.

“We are not sure what will happen next week. It might happen that next week he would have further challenges and the magistrate would believe him.”

Nine witnesses are to testify in the murder trial of a KwaZulu-Natal police officer accused of the 2019 murder of his girlfriend, ANC Youth League ...
News
6 months ago

A member of the ANC's provincial executive committee (PEC) in KZN was allegedly shot and killed by her boyfriend in Cramond, west of Durban, on ...
News
2 years ago

Slain ANC member Sindisiwe Ndlovu - allegedly gunned down by her boyfriend this week - was to be laid to rest in her KZN midlands hometown on ...
News
2 years ago