At least 18 international seafarers have been abandoned in Durban's port aboard three vessels, their employers having failed to pay salaries on time, repatriate them and provide adequate food, medical care and accommodation.

A high-court squabble is playing out as 12 of the seafarers remain in the lurch without money to run ship operations.

On Thursday TimesLIVE went aboard two Tanzanian offshore supply vessels, one being anchored at the port for more than five years, to speak to the seafarers who have been abandoned without electricity, food or clean running water.

Chief officer Satindar Kumar, 25, and his crew mate Abhiram Nair, 27, of the PSD2 — a supply vessel which arrived in Durban in 2017 after a dispute between the master of the vessel and the Iranian owner — have been aboard the rusted tug with no basic facilities.

Kumar said he and Nair boarded the vessel four months ago, relieving their former crew and unaware their employer was unable to pay their salaries. 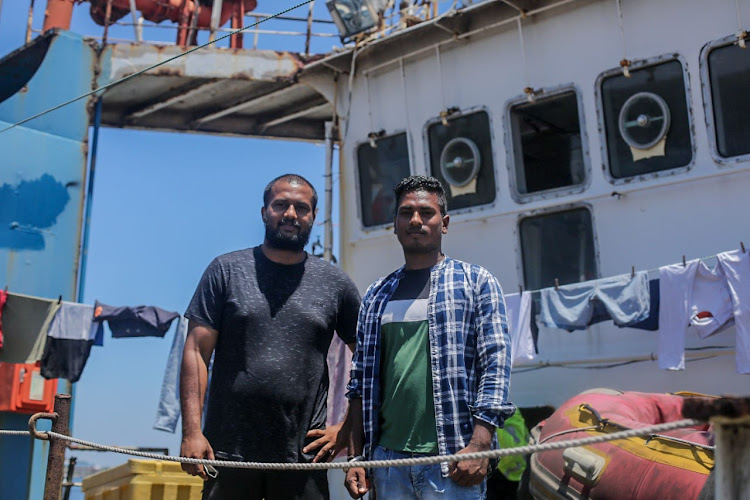 “We joined in October. The issue is the owner has not paid our salaries on time. We have not received our salaries for the last four-and-a-half months. This ship is also on a blackout — no water, electricity, wash room.  There are no facilities on this vessel. It is a scrap vessel. We just want to recover our money and go back home to India.”

Kumar said the owner was fully aware of their plight as promises to pay them have been broken.

Nair said he had never worked in such conditions before.

“Before we came here, the owner told us there were some problems with the vessel — but he didn't tell us it was completely blacked out. This is my seventh time sailing and it's my first time seeing a vessel in this condition.”

The words: “No salary. Pay us salary. Please help us. No food,” are painted across empty shipping containers and the floor boards of the vessel. 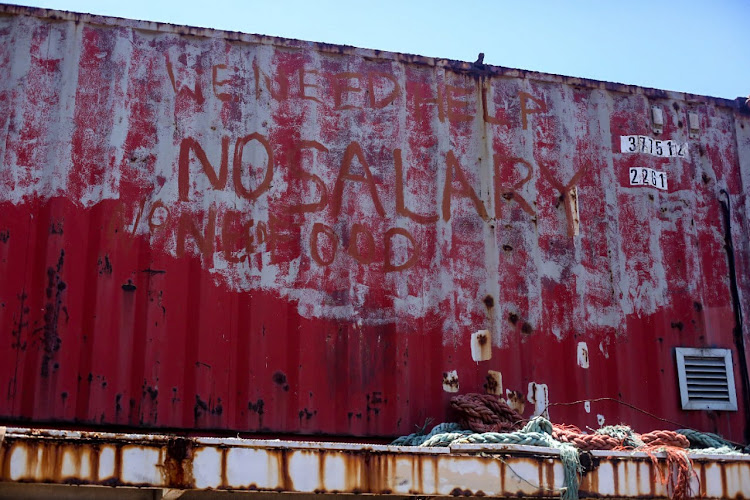 A container aboard the PSD2 vessel plastered with pleas for help.
Image: Mlungisi Mbele

Complete darkness engulfs the living quarters inside the ship as Kumar and Nair rely on ready-made meals and canned food for nourishment.

Two pillows and a blanket line the floor inside the bridge on the upper level where the pair sleep at night to escape the wrath of mosquitoes.

The SA Maritime Safety Authority (Samsa), together with a number of NGOs, have been providing the abandoned sailors with meals, port facilities and assisting in the process to get them back home.

On the other side of the port, 10 seafarers on a much larger tug, the PSD104, find themselves in a similar situation.

Under the same ownership, the PSD104 arrived in Durban last year with the intention of towing the PSD2 out of SA waters. However, the crew aboard soon found themselves in a similar dispute over salaries.

According to Samsa the disputes have played out in the Durban high court.

“Over the years Samsa has worked to ensure that while the PSD2 remained in port it was in a seaworthy state. This was done through issuing of fines for safety infringements.” 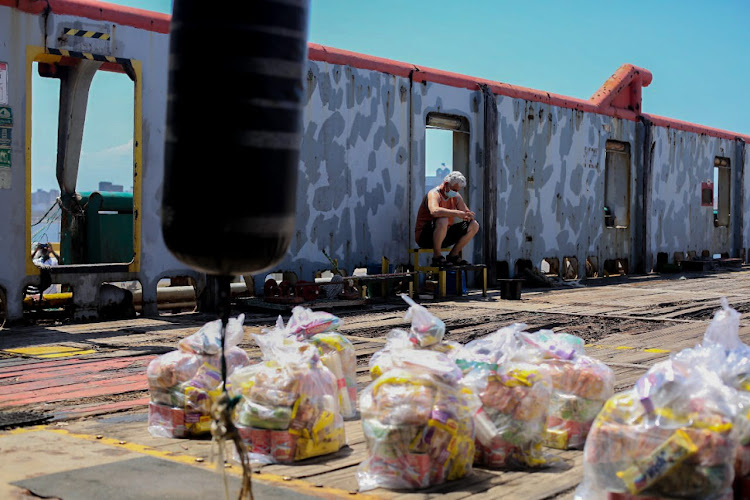 Samsa said the original crew members who arrived on the PSD2 in 2017 had left in dribs and drabs over the years, with the last remaining crew member leaving in October.

“The owner then brought in two crew members to prepare the vessel for towage as it was in no mechanical state to self-propel, having been idle for so many years. Apparently when they arrived in SA in October from another vessel, they had not been paid September salaries.

“Samsa was alerted to their plight only when the PSD104 (sister vessel to PSD2) entered the port of Durban in January 2021 reporting salary issues.”

“ITF has raised a red flag in terms of salaries not being paid to the seafarers. You can imagine in these times of Covid-19 when people are struggling, and if you are not paid your salary for about four months to a year, that worsens your situation.”

She said while the livelihoods of the seafarers were of utmost importance, so too was the safety of the state of vessels that dock in SA's ports.

“It is about the safety and security of property and life on sea. If this vessel [PSD2] had to sail out and we had not detained it as SA, we would be flouting the international standards we are supposed to enforce.”

Many maritime companies pride themselves on workplace safety, but are they 'whale safe'?
News
4 months ago

Sorry, your December MSC cruise has been cancelled

MSC Cruises has cancelled all December voyages in SA due to the sharp rise in Covid-19 infections.
News
5 months ago