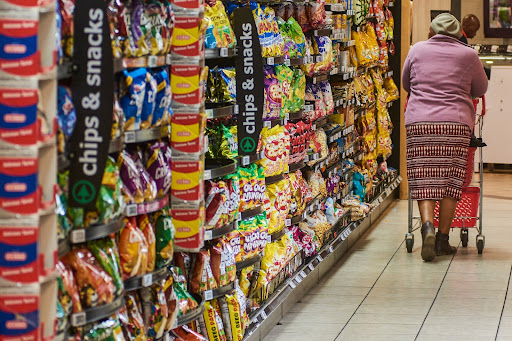 The fastest inflation of Lesetja Kganyago’s almost eight-year tenure means it’s not a question of if the South African central bank governor will raise interest rates on Thursday, but by how much.
Image: Bloomberg

The fastest inflation of Lesetja Kganyago’s almost eight-year tenure means it’s not a question of if the central bank governor will raise interest rates on Thursday, but by how much.

Economists and traders aren’t ruling out the prospect that the SA Reserve Bank may lift the repurchase rate to 5.5% from 4.75% in what would be the biggest hike since September 2002. It’s already raised the benchmark by a cumulative 125 basis points since November and signalled higher borrowing costs ahead.

The median expectation of economists in a Bloomberg survey is that the five-member monetary policy committee will vote three in favour of a second consecutive half-point hike, and two for a 75-basis-point increase.

The main groups contributing to high food inflation in June were bread and cereals, meat and oils and fats while fuel prices were up by 45%.
News
4 weeks ago

A separate poll showed that 13 of 20 analysts predict the MPC will raise the key rate by half a point this week, with the rest expecting a bigger increase. Traders are fully pricing in a 50-basis-point lift, but see a chance of a bigger move.

“There’s a growing risk that the Reserve Bank might follow the boldness displayed by global central banks,” said Elize Kruger, an independent economist.

The decision will be announced during a virtual televised briefing that starts at 3pm in Pretoria. Kganyago will also give the voting breakdown and provide updates of the central bank’s economic forecasts, including for inflation, rates and economic growth.

The world’s central bankers are unleashing the most aggressive tightening of monetary policy in decades to cool off surging inflation. For SA, it creates the risk of eroding the differential that makes local assets attractive to foreign investors if the central bank doesn’t step up the pace of rate hikes.

Economists are concerned that more strikes are afoot

As wage negotiations in SA gather momentum, economists are warning of the potential for increasingly unstable labour relations and more strikes ...
Business Times
1 month ago

SA’s annual inflation rate reached 7.4% in June, the highest level since the global financial crisis and well above the 6% ceiling of the central bank’s target range. The upswing has pushed real rates to the lowest in almost a quarter-century.

While the central bank doesn’t disclose how each MPC member votes, Kganyago is widely considered to be a hawk on inflation. He’s said that price stability is sacrosanct and has referred to price growth as a regressive tax that increases poverty and inequality.

The MPC prefers to anchor inflation expectations close to the 4.5% midpoint of its target range.

Price growth came under pressure in June from high food and petrol costs, even as the government temporarily reduced a fuel levy to contain increases. The outlook may deteriorate further with power-utility Eskom’s 7% wage increase possibly setting a precedent for other negotiations.

The rand presents another threat to prices after weakening more than 6% against the dollar.

Though worries about inflation are centre stage, the central bank is also having to contend with a rapidly deteriorating economic outlook at home.

Risks include flood damage in the province that’s the second-biggest contributor to GDP and deeper, more frequent power blackouts.

The slowdown in the economies of key trading partners and fears of a global recession will also influence decision-making.

Each 25 basis-point move in the key rate will have a 0.12 percentage point impact on inflation and a 0.08 percentage point effect on economic growth, according to Chris Loewald, a member of the MPC.

The SA Reserve Bank will raise its benchmark interest rate by 50 basis points to 5.25% next Thursday as it tries to rein in quicker inflation, a ...
News
1 month ago

Recession calls are getting louder on Wall Street, but for many of the households and businesses who make up the world economy the downturn is ...
Business Times
1 month ago

OPINION | SA’s economy has taken some heavy body blows: can it recover?