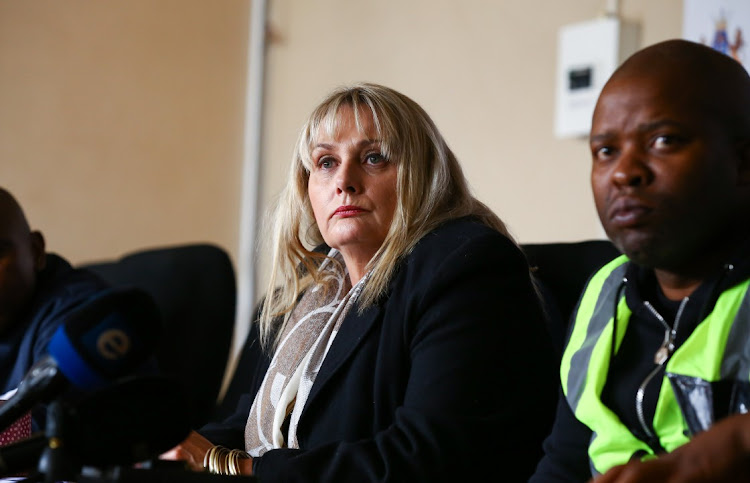 Mayor Tania Campbell had a slip of the tongue.
Image: Gallo Images/Luba Lesolle

Ekurhuleni mayor Tania Campbell was the butt of several social media jokes this week after she confused condone and condemn when sharing her displeasure at unrest in Thembisa.

Residents took to the streets this week to protest against electricity cuts for defaulting customers and high municipal rates. Roads were barricaded with rocks and burning tyres and several buildings and cars were set alight. Four people died in the violence.

Speaking out against the unrest, Campbell said she “condoned” violence and racism in the city.

She was corrected and quickly apologised.

A video of the incident went viral, with many laughing off the mistake.

😂😂😂😂😂This language must just be scraped so we can live in peace.

Campbell had earlier told 702 genuine service delivery protests had been taken over by external forces pushing an orchestrated plan of criminality.

“There are external forces taking advantage of the situation. The same situation we saw in July last year when criminality took over real issues communities wanted to address. I will be in conversation with the provincial police commissioner and the premier on a resolution.”

KwaZulu-Natal was plunged into chaos in July last year by riots and looting that spread to Gauteng, leaving about 354 people dead, communities in ruins and billions of rand in damage.

Campbell said she would meet residents on Friday, once she had received information on the community's demands.

Some areas are without power due to a substation that was set alight during Monday’s protest being out of action.
News
1 week ago

Maile angry over welder’s death as Thembisa protest called off

"There are external forces taking advantage of the situation. The same situation we saw in July last year when criminality took over real issues ...
News
1 week ago