Millions of Iranians have experienced disruption to email and Internet access, raising fears Iran's leaders have been testing new ways to step up control of web traffic ahead of a parliamentary election. 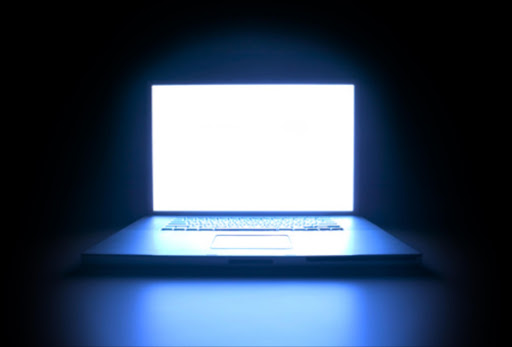 The disruption has been to the most common form of secure connections since Monday, including all encrypted websites outside Iran that depend on the Secure Sockets Layer protocol, which display addresses beginning with "https."

Students and traders have voiced frustration, saying they are unable to study or do business effectively, while computer experts point to a growing trend of government control.

Iran holds a parliamentary election on March 2, the first time Iranians will go to the polls since President Mahmoud Ahmadinejad's disputed re-election in 2009.

That was followed by eight months of popular protests, met with a forceful response from the government. Protesters used social networking sites to voice their anger over what they said were rigged results and to organise street protests.

Many Iranians use virtual private network, or VPN, software to get around government filters that block access to a wide range of websites including many foreign news sites and social networks such as Facebook.

Unsecured access to the Internet has also been widely affected in recent days, with many users reporting sporadic access.

Service providers have not given a reason for the disruption and are unable to say when services will return to normal.

An Iranian computer technician, who asked not to be named, said authorities were carrying out "trial and error" exercises.

"What they're trying to do is to control Internet traffic from inside Iran to the outside. They want to control access to secure sites, those are the sites that worry them.

"Blocking secure sites means that government offices and banks also have no access. So they're trying to act selectively and allow access to some selected sites."

Canada-based Iranian computer scientist Arash Abadpour, who blogs under the name Kamangir, expects Tehran to implement more disruption because of its increasing suspicion of the Internet.

"They're practicing cutting off the only remaining communication means left for Iranians with the outside world," Abadpour said, referring to his correspondence with bloggers inside Iran.

"A lot of people are not noticing it but Iran has also been developing cyber-army initiatives and their range of disruption is growing. From above, there is a growing trend of the Internet becoming more controlled," Abadpour said.

Millions of Iranians have faced difficulty in getting online in recent days and many are becoming increasingly frustrated.

"I need the Internet for my studies to download articles, and in the past few days I've been unable to do that," said Mohammad, a physics student in Tehran who did not want to give his family name. "If it continues like this I'll fail my exams."

"I don't know what my phone bill will be this month because I've only been able to contact my partners abroad by telephone," said Babak Rezaian, the owner of a small import-export company.

"It's harmed my business badly because I cannot check any data or exchange information with my customers."

A spokesperson from Internet giant Google said the company's transparency report, a collection of graphs that monitor the flow of online information, showed Internet traffic was severely affected on Monday and faced some disruption on Tuesday and Wednesday.

The earlier cut-off affected users of encrypted websites for several days from Feb. 10.

Next week's election will be contested by supporters of Ahmadinejad and those loyal to Supreme Leader Ali Khamenei, who accuse the president of reckless handling of the economy. Reformist candidates have boycotted the election, saying the vote is not free and fair.

Concern is also growing over the national Internet system which many Iranians fear will give the authorities total control over what content users are able to access, thereby cutting them off from the outside world.

On Monday, the Iranian Telecommunications Minister Reza Taghipour said its launch had been delayed from February to May or June. The government says the national Internet project is designed to speed up the system and filter out sites that are regarded as "unclean."

"Today we see that the Internet has been a very powerful tool, which has been used in revolutions," Taghipour said, adding the Internet was a threat to Iran.

Iranian authorities routinely bar access to thousands of websites regarded as immoral or a threat to national security.