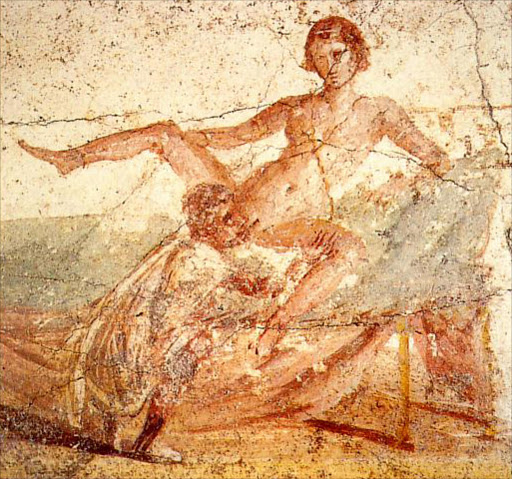 Three holidaymakers have been arrested for having sex in what was once a Pompeii brothel.

The tourists, a Frenchman and two Italian women, into the Suburban Baths to fulfil their fantasies inside a former brothel that is still decorated with centuries-old wall paintings depicting explicit sex scenes according to the Daily Mail.

The three had broken into the site by climbing over a fence, but their activities were cut short by local police.

Visit Pompeii tour guide Giuseppe Galano told The Local: ‘It’s ridiculous and vulgar, but young people are fascinated by this and sometimes try to play this game."

According to the report, the three haven't given up though - they promise that they will be back to complete their tryst.