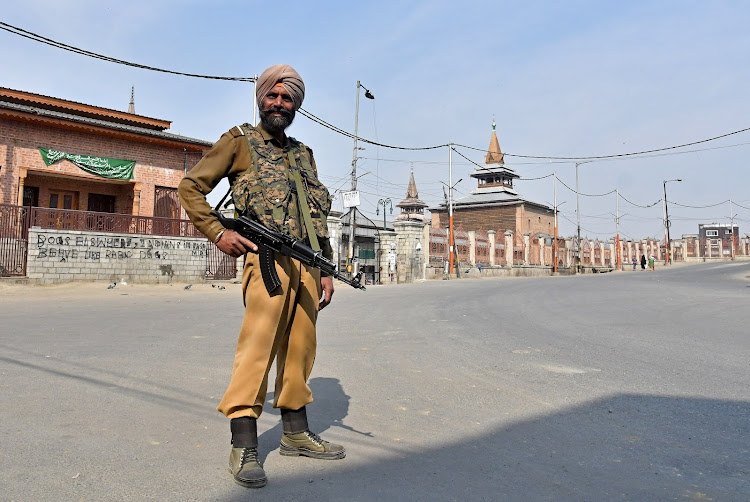 An Indian police officer guards a street, after Kashmiri separatists called for a day-long strike against the recent killings in Kashmir, in downtown Srinagar April 2, 2018.
Image: REUTERS/Danish Ismail

The number of Maoist militants killed in an ambush by Indian security forces has risen to 37 after more bodies were pulled out of a river on Tuesday, authorities said.

After a four-hour gun battle on Sunday, some 16 militants, including women, were found dead, but police said an unknown number had been shot as they tried to escape into the Indravati river. Their bloated bodies began to surface on Monday.

"We pulled 15 dead bodies from the river on Monday and Tuesday," said Prashant Diwate, a police spokesman in Gadchiroli.

Sunday's operation took place in the same district, on the border between Maharashtra and Chattisgarh states, around 1,000 kilometres east of Mumbai.

Landless peasants and tribal people form the rank and file of the Naxalalites, a movement whose origins go back to the late 1960s.

The name is derived from a village in West Bengal state where the group was founded. At that time they used bow and arrows, but these days they are armed with Kalashnikov automatic rifles and weapons captured from raids on police posts.

Engaged in a grinding insurgency across India's interior for the past few decades, the Naxalites have counted on funding from communist groups at home and abroad, and their strength runs into tens of thousands, with factions operating in most of India's states.

According to the Interior Ministry more than 5,500 people have been killed since 2009 until the end of March in insurgencies stoked by what it calls left-wing extremism.

An Indian court jailed Bollywood star Salman Khan for five years for poaching on Thursday, a lawyer said, in a verdict likely to derail the career of ...
News
3 years ago