Trump suggests China might be interfering on North Korea 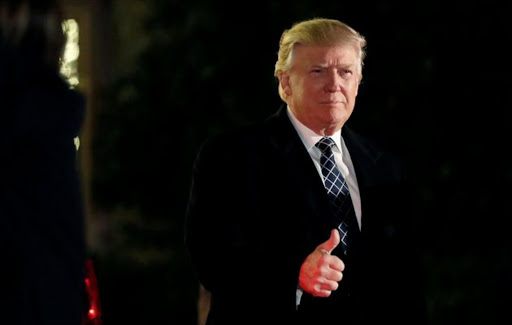 US President Donald Trump suggested that China might be interfering in attempts to denuclearise North Korea.
Image: Reuters

US President Donald Trump suggested on Monday that Beijing might be seeking to derail efforts aimed at denuclearizing North Korea, but added that he was confident that North Korean leader Kim Jong Un would uphold a pact the two agreed on last month.

Washington and Pyongyang have presented differing views in recent days on progress on denuclearization following a Trump-Kim summit in June.

On Monday, Trump suggested that China, North Korea’s chief ally, might be interfering in reaction to the Trump administration’s stance on US-China trade.

“I have confidence that Kim Jong Un will honor the contract we signed & even more importantly, our handshake. We agreed to the denuclearization of North Korea,” Trump wrote on Twitter.

“China, on the other hand, may be exerting negative pressure on a deal because of our posture on Chinese Trade-Hope Not!”

North Korea, however, issued a harsh characterization of the negotiations, raising questions about the future talks as US officials seek an end to Pyongyang’s nuclear weapons program.

Following the June 12 meeting with Trump in Singapore, Kim made a broad agreement to “work toward denuclearization” of the Korean Peninsula. But no details were announced on how or when the reclusive state would dismantle its nuclear programme.

US intelligence agencies believe North Korea has increased production of fuel for nuclear weapons at multiple secret sites in recent months and may ...
News
4 years ago