Venezuela on the brink amid blackouts, protests and sanctions 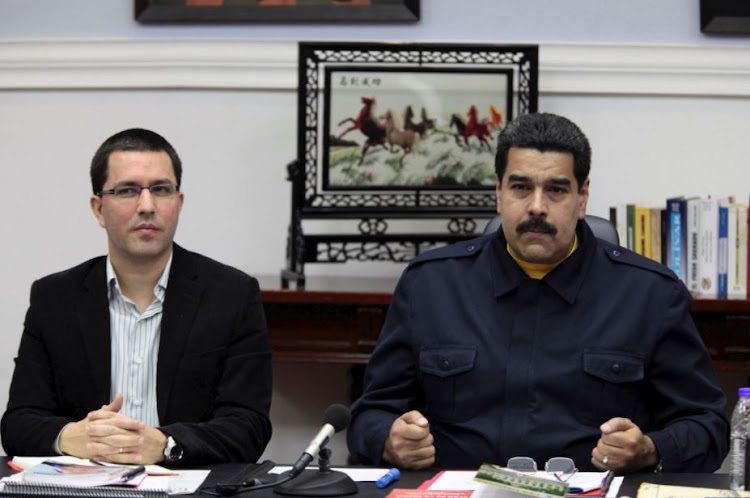 Venezuela's President Nicolas Maduro, right, and the opposition continue to clash in the tussle for the presidency.
Image: Handout via REUTERS

Venezuela has been marred by protests, blackouts and sanctions.

Tensions have been at an all-time high in the South American country after a battle for powercbetween Nicolas Maduro and Juan Guaido.

Maduro started his second term as president on January 10, despite a widely boycotted election and a position which many nations refused to recognise.

Guaido, leader of the opposition-controlled National Assembly, declared himself president on January 23.

Although Maduro ordered a warrant for Guaido's arrest, US President Donald Trump formally recognised him as the president.

The past few weeks have since seen rolling blackouts, which have crippled much of the economy.

Here's what has happened.

As Venezuela’s five-day power blackout left homes without water, Venezuelans started collecting water on March 11 2019 from a drainpipe feeding into a river carrying sewage through the capital, Caracas.

For more than a week, Venezuelans have been subjected to power cuts in many of its states, forcing the government to suspend school and work.

CNN reported that Maduro blamed the USA for attacking the country's power structure.

The power cuts were reportedly caused by malfunctions at the Guri hydroelectric plant in Bolivar state, BBC reported.

Guadio claimed that "dozens" of lives had been lost due to the the severe power outages, Al-jazeera reported.

Reuters reported that China has offered to provide technical support and help the country restore its power grid.

As Venezuela's five-day power blackout left homes without water, Lilibeth Tejedor found herself looking for it on Monday in the last place she would ...
News
3 years ago

In the midst of the power outages, Venezuelans have taken to the streets in protest, fuelled by the anger and frustration of living in the dark.

Guaido called for mass demonstration and international cooperation as the opposition-led congress called for a symbolic "state of alarm", Al-jazeera reported.

Leaders of the opposition have been holding anti-Maduro rallies across the country.

The USA, which is backing Guaido, as the rightful president of the country, ordered its diplomats to leave Venezuela due to the unstable conditions. US special envoy Elliott Abrams said the US might impose "very significant" Venezuela-related sanctions against financial institutions, Reuters reported.

CNN reported that on Monday, the USA imposed sanction on a Russian Bank, Evrofinance Mosnarbank, which has ties to Venezuela's PDVSA, the country's state-owned oil company.

In January, the USA imposed sanctions against PDVSA in an attempt to cut off a vital source of funding for Maduro's government, according to AFP.