Monkeys infected with Covid-19 develop immunity in studies, a positive sign for vaccines 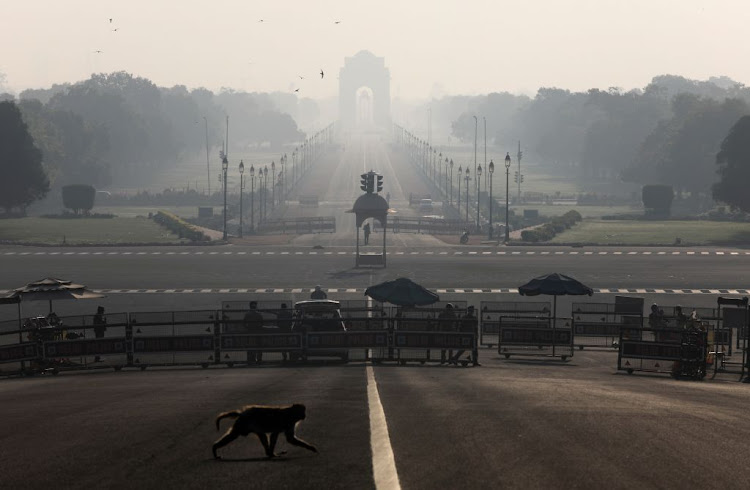 Several research teams have released papers - many of them not reviewed by other scientists - suggesting that a vaccine against the virus would be effective in animals.
Image: REUTERS/Anushree Fadnavis

Two studies in monkeys published on Wednesday offer some of the first scientific evidence that surviving Covid-19 may result in immunity from reinfection, a positive sign that vaccines under development may succeed, US researchers said on Wednesday.

Though scientists have assumed that antibodies produced in response to the new coronavirus virus are protective, there has been scant scientifically rigorous evidence to back that up.

In one of the new studies, researchers infected nine monkeys with Covid-19, the illness caused by the novel coronavirus. After they recovered, the team exposed them to the virus again and the animals did not get sick.

The findings suggest that they “do develop natural immunity that protects against re-exposure,” said Dr. Dan Barouch, a researcher at the Center for Virology and Vaccine Research at Harvard's Beth Israel Deaconness Medical Center in Boston, whose studies were published in the journal Science.

Several research teams have released papers — many of them not reviewed by other scientists — suggesting that a vaccine against the virus would be effective in animals.

In the second study, Barouch and colleagues tested 25 monkeys with six prototype vaccines to see if antibodies produced in response were protective.

They then exposed these monkeys and 10 control animals to SARS-CoV-2, the official name of the novel coronavirus.

These studies, which have been peer reviewed, do not prove that humans develop immunity or how long it might last, but they are reassuring.

“These data will be seen as a welcome scientific advance,” Barouch said.

The wildlife director of the African branch of the Humane Society International (HSI), Audrey Delsink, says she made no suggestion that the ...
News
1 year ago

What does the halting of global travel and eco-tourism mean for the embattled rhino? Elizabeth Sleith looks for answers
Lifestyle
1 year ago