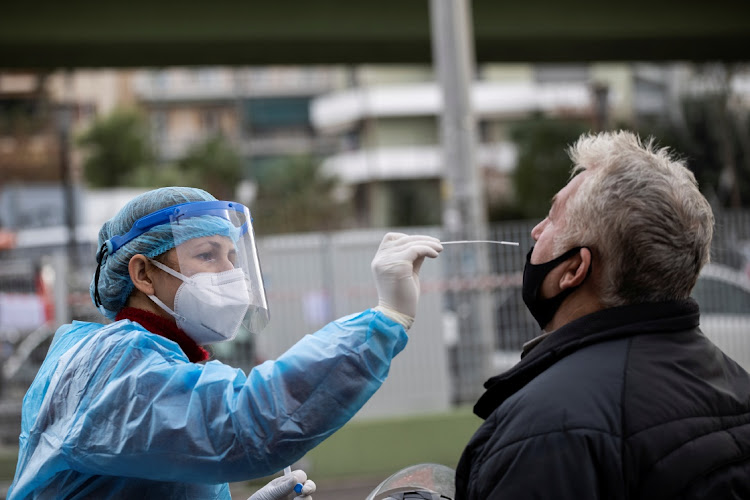 A healthcare worker in personal protective equipment (PPE) takes a swab from a man for a rapid antigen test at a drive-through testing site, during the coronavirus disease (Covid-19) pandemic, in Athens, Greece, December 18, 2020.
Image: REUTERS/Alkis Konstantinidis

Shortly before a surge in infections prompted Greece to impose a second coronavirus lockdown in early November, chemists at a wastewater treatment plant had already concluded that tougher restrictions would likely be necessary.

Their clue? Samples of sewage from the capital Athens. Daily collections of wastewater are analysed at the University of Athens to determine the level of viral load and the expected Covid-19 infections in the community.

Greece fared better than most EU countries during the first wave of the pandemic, but has seen a rapid rise in infections since October, forcing it to impose a second nationwide lockdown in early November.

To the analytical chemists looking at the wastewater samples before that decision, a second lockdown had started to look very likely.

“Before this announcement the total viral load in the wastewater was really, really high,” says analytical chemist Ekaterini Galani, a PhD candidate at the University.

“Some weeks after the lockdown we observed a really important decrease of the viral load of SARS-COV-2 in wastewater samples, reflecting that the restrictions were really important for the population.”

Chemists doing the analysis say that wastewater-based epidemiology is a non-invasive tool to monitor the pandemic by calculating the real number of infections, both of symptomatic and asymptomatic people.

“The epidemiological information obtained from this analysis is used by the respective authorities to adapt measures at the right time and control the ongoing pandemic,” says Galani.

The wastewater treatment plant in Athens is designed to serve more than four million people and is one of the largest in Europe.

Since its first Covid-19 case was detected in February, Greece has seen a total of 129,584 confirmed infections and 4,044 related deaths.

While vaccinations are likely to start in late December and point to light at the end of the tunnel, caution should prevail, said Nikolaos Thomaidis, analytical chemistry professor at the University of Athens.

“I think there will be a third wave again in January, but I think that the curve will be less severe and acute and that it will flatten in the future.”