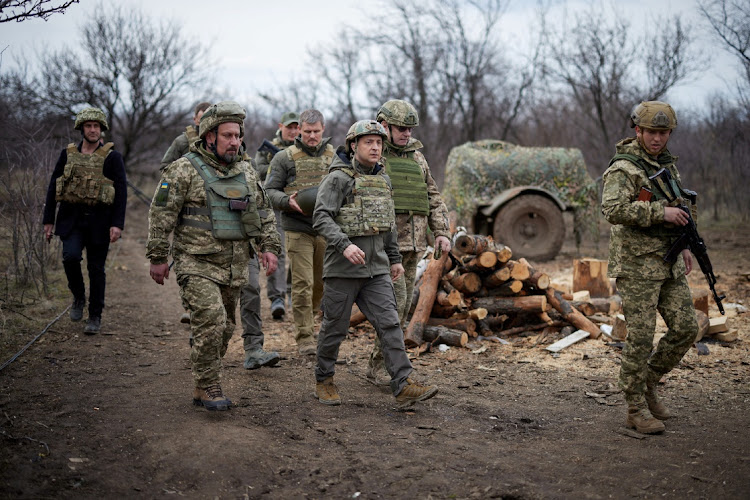 US secretary of state Antony Blinken offered the US full support to Ukraine in its conflict with Russia on Tuesday as NATO called on Moscow to halt a large troop build-up on Ukraine's borders.

Blinken, returning to Brussels just weeks after his maiden trip to Europe as US President Joe Biden's top diplomat, told reporters that “the US stands firmly behind the sovereignty and the territorial integrity of Ukraine”. He said he would discuss Kyiv's ambitions to one day join NATO.

Blinken met with Ukrainian foreign minister Dmytro Kuleba in an intensification of diplomacy after the Group of Seven foreign ministers condemned the increase in Russian troop numbers, which the West says has gone unexplained.

Echoing NATO secretary-general Jens Stoltenberg, who met Kuleba earlier, Blinken said Moscow was massing forces in its biggest build-up since 2014, when conflict flared between Ukraine and Russia, and Moscow annexed Crimea from Ukraine.

“In recent weeks Russia has moved thousands of combat-ready troops to Ukraine's borders, the largest massing of Russian troops since the illegal annexation of Crimea in 2014,” Stoltenberg said.

“Russia must end this military build-up in and around Ukraine, stop its provocations and de-escalate immediately,” Stoltenberg said at his news conference with Kuleba.

Russian force on Ukraine border larger than any time since 2014, US says

Russia has more troops on Ukraine's eastern border than at any time since 2014, when it annexed Crimea and backed separatist territory seizures, and ...
News
1 month ago

Russia has said it moves its forces around as it sees fit, including for defensive purposes, and has regularly accused NATO of destabilising Europe with its troop reinforcements in the Baltics and Poland since the annexation of Ukraine's Crimea.

Russian news agencies quoted defence minister Sergei Shoigu as saying that Russia was taking measures to respond to what it calls threatening military action by NATO, including combat readiness checks and troop exercises.

Shoigu was cited as saying that NATO was planning to deploy 40,000 troops and 15,000 military personnel close to Russian territory. The Western alliance denies any such plans.

Russia on Tuesday also called the US an “adversary” and told US warships to stay away from Crimea, which is strategically-located on the Black Sea and is increasingly patrolled by NATO allies.

The US State Department on Thursday played down expectations for talks on how Washington and Tehran might resume compliance with the 2015 Iran ...
News
1 month ago
Next Article