Russian force on Ukraine border larger than any time since 2014, US says 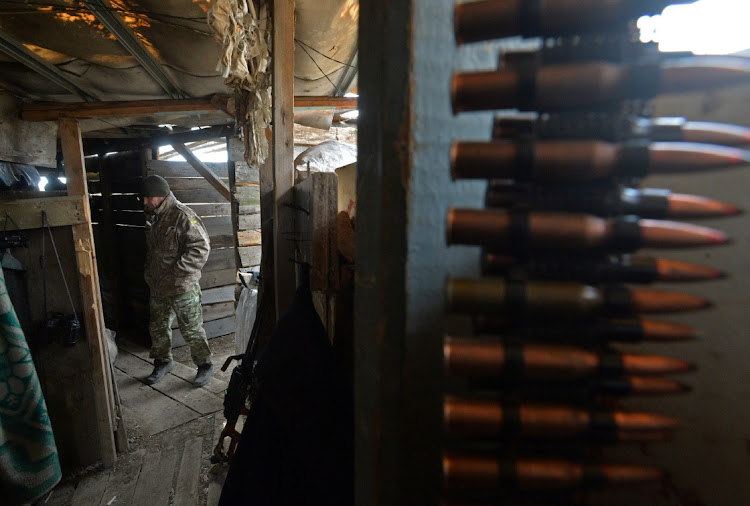 A service member of the Ukrainian armed forces is seen at fighting positions on the line of separation from pro-Russian rebels in the village of Pisky, in the Donetsk region of Ukraine, on April 8 2021.
Image: REUTERS/Oleksandr Klymenko

Russia has more troops on Ukraine's eastern border than at any time since 2014, when it annexed Crimea and backed separatist territory seizures, and the US is concerned by growing “Russian aggressions”, the White House said on Thursday.

The US is discussing its concerns with its NATO allies, White House press secretary Jen Psaki told a briefing.

The Russian build-up has become the latest point of friction in icy relations between Moscow and US President Joe Biden's administration, adding to disputes over arms control, human rights and other issues.

Biden last week expressed “unwavering support” for Ukrainian President Volodymyr Zelenskiy in his confrontation with Russia, which in 2014 annexed the Crimea peninsula and backed separatists who seized large parts of the eastern Donbas region.

Russia has said its troops are no threat and are defensive, but they would remain as long as the Kremlin sees fit.

Psaki said that the US “is increasingly concerned by recent escalating Russian aggressions in eastern Ukraine, including Russian troop movements on Ukraine's border.”

“Russia now has more troops than at any time since 2014,” Psaki added, saying that five Ukrainian soldiers have been killed in the past week.

Psaki did not elaborate on the number of Russian troops deployed on Ukraine's border. But it was the first time that the Biden administration has given a description of the scale of the build-up.

In March 2014, as the conflict in eastern Ukraine escalated, Western estimates put the number of Russian troops, militia or special forces on Ukraine's border at 25,000 to more than 30,000.

Psaki's comments followed by hours a telephone call in which Chancellor Angela Merkel of NATO member Germany demanded that Russian President Vladimir Putin pull his troops back to de-escalate the situation.

The US State Department on Thursday played down expectations for talks on how Washington and Tehran might resume compliance with the 2015 Iran ...
News
4 days ago

Russia's prison service has defended its treatment of Alexei Navalny, dismissing complaints by the hunger-striking Kremlin critic that he was not ...
News
1 week ago

A second cold war is tracking the first