Afghan girls determined to go back to school after deadly attack 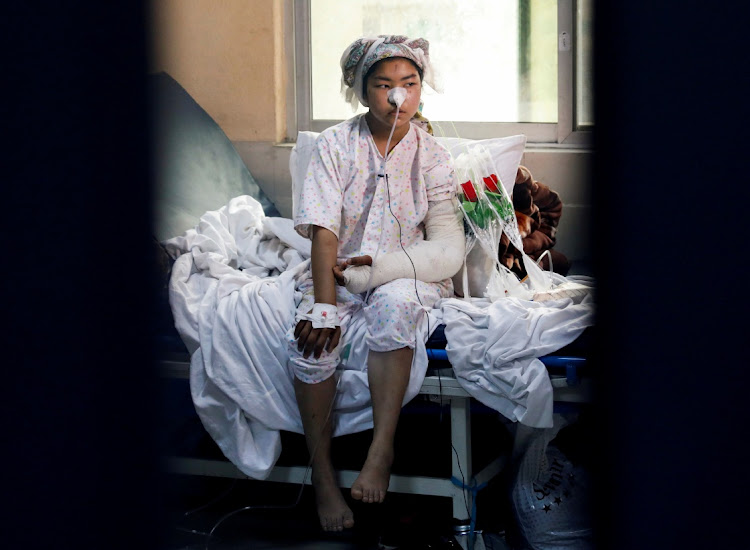 Ruqia Bakhshi, 14, one of the students who was injured in a car bomb blast outside a school on Saturday, receives treatment at a hospital in Kabul, Afghanistan May 10, 2021.
Image: REUTERS/Stringer/ File photo

Days after losing her younger sister in a bomb attack on the school in Kabul that both girls attended, Farzanah Asghari stood by the 15-year-old's grave and quietly wept.

At least 80 people were killed and more than 160 injured in the attack near the Sayed Ul-Shuhada High School in the Afghan capital as students started to make their way home. Many are still in a critical condition.

Yet pupils, families and teachers who spoke to the Thomson Reuters Foundation all expressed their commitment to education in a country where girls were blocked from school under Taliban rule from 1996 until their ouster in 2001.

Farzanah, who attended the high school in western Kabul with three of her sisters, was also caught up in the blast, but she is among those determined to return when the school reopens after the Eid-al-Fitr holiday.

“I'll go again and again. Even if there is another attack, I'll go again,” said the 18-year-old, who is in her final year. I won't become hopeless, because we can't be afraid of gaining knowledge, of studying.”

Farzanah's father, 53-year-old Mohammed Hussain, said he was scared, but would not keep his children at home, however tough the decision.

“I have seven daughters and I want all of them to be educated,” he said from his hillside home, about a 10-minute walk from his children's school.

The US and many other Western nations have touted girls' education as one of the key successes of years of foreign presence in Afghanistan.

But security is deteriorating as foreign forces prepare to leave later this year, emboldening some hard-line Islamist groups to threaten years of progress in girls' education.

The Taliban, who say they are open to girls' education to the extent allowed by Islamic law, or sharia, have denied any responsibility and condemned the bloodshed.

Fawzia Koofi, one of the few women to take part in peace negotiations with the Taliban in Doha, said Afghanistan had seen “transformational change” in the past two decades.

“This is the Afghanistan I tried to bring the Taliban's attention to during our talks in Doha. I asked them to adapt to modern realities,” she said, warning there had been an increase in attacks on girls' education centres.

More than 3.5 million girls are now enrolled in school, according to the USAID.

Overall, Afghanistan's literacy rate stands at 43 percent after four decades of war, but only about 30 percent of women are literate, according to the United Nations.

“When we talked with girls and parents about why girls were out of, or not allowed to attend school, we often heard about ... an attack on a school,” she said.

“It really illustrates how although there are many parents eager for their daughters to study, they are weighing that desire against the fear that one day their daughter will go to school and not come home.” 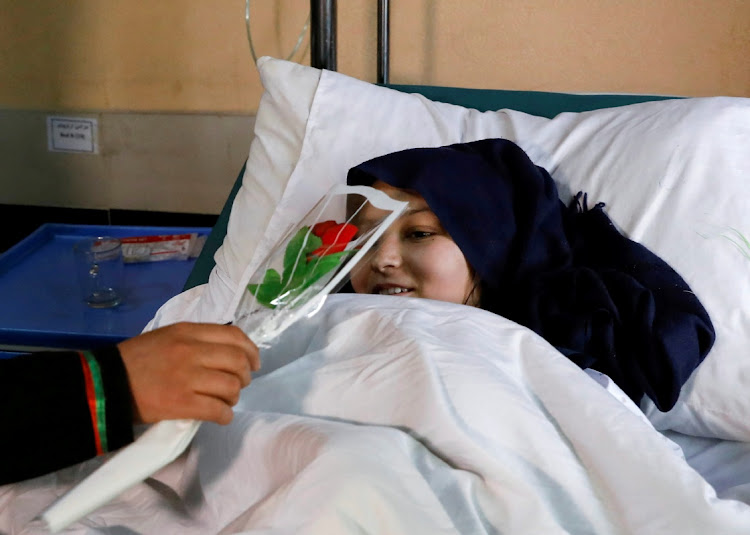 A schoolgirl who was injured in a car bomb blast outside a school on Saturday, receives flowers from a student at a hospital in Kabul, Afghanistan May 10, 2021.
Image: REUTERS/Stringer

Student Hamida Nawisada, 16, is recovering at Kabul's Ali Jinnah hospital, her right arm in a cast from which metal screws protrude.

She remembers seeing human flesh and burnt bodies as she escaped the scene, yet her determination to continue her education is unshaken.

“This attack was against Afghanistan's new generation. They want to push our generation into the dark, but we will push for a bright future. I will never stop studying,” said Nawisada, who still does not know whether some of her schoolmates survived.

In her dimly-lit office, as teachers sifted through lists of students to determine who had been killed or injured, the school's principal Aqilat Tavakuli was defiant.

“My message to those families who lost their daughters is clear: we will never forget them,” she said.

“The attack affects Afghanistan's entire society and we are grieving, but I have another message to all parents: Keep sending your girls to school.” 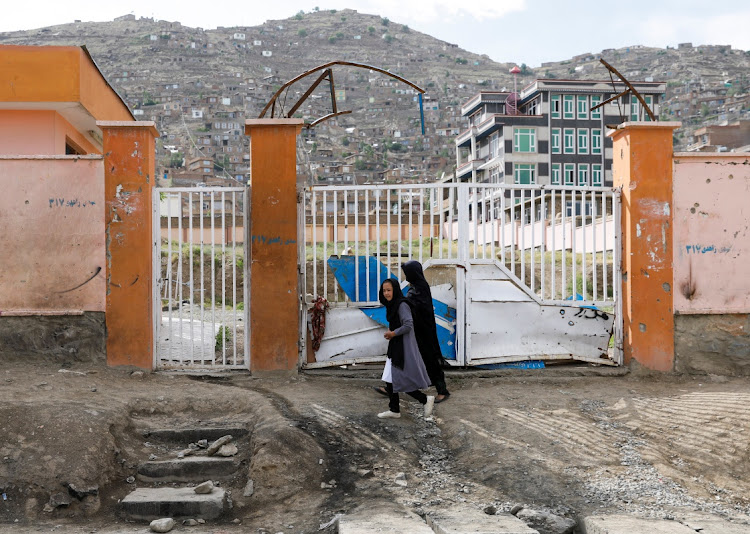 A woman with a girl walks past the site of a car bomb blast that targeted schoolgirls in Kabul, Afghanistan May 10, 2021.
Image: REUTERS/Stringer