A constellation of drones form a globe at the Tokyo 2020 opening ceremony.

In an Olympic opening ceremony like none before, one tradition held firm on Friday as athletes from across the world paraded into an eerie, almost empty national stadium to represent their nations, for the first time their smiles hidden behind masks.

Most countries were represented by both male and female flagbearers in an Olympic first, but not everybody took pandemic measures — teams from Kyrgyzstan, Tajikistan and the Pakistan flagbearers paraded maskless in an awkward contrast to protocol.

The opening ceremony, normally a star-studded display teeming with celebrities, lacked the usual glitz with fewer than 1,000 people in attendance, strict social distancing rules and signs calling on spectators to “be quiet around the venue.”

Regardless, it marked a coming together of the world, with an audience of hundreds of millions around the globe and at various stages of the pandemic tuning in to watch the start of the greatest show in sport.

Members of the Canada delegation wore patches in the colour of the rainbow, the symbol of the LGBT community, on their uniform jackets. 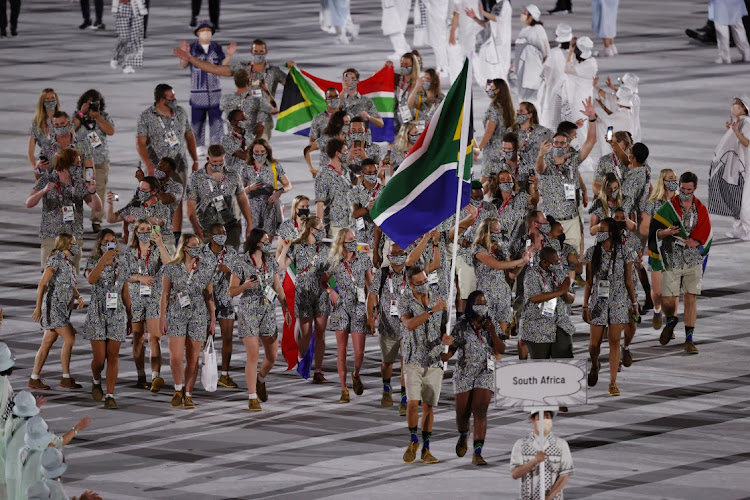 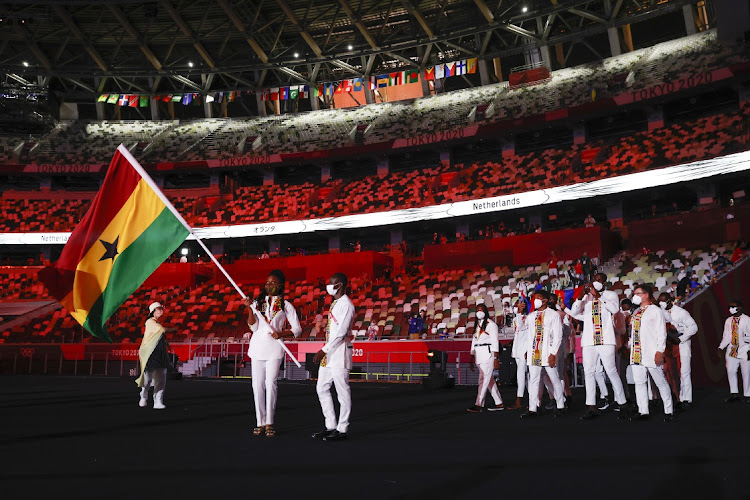 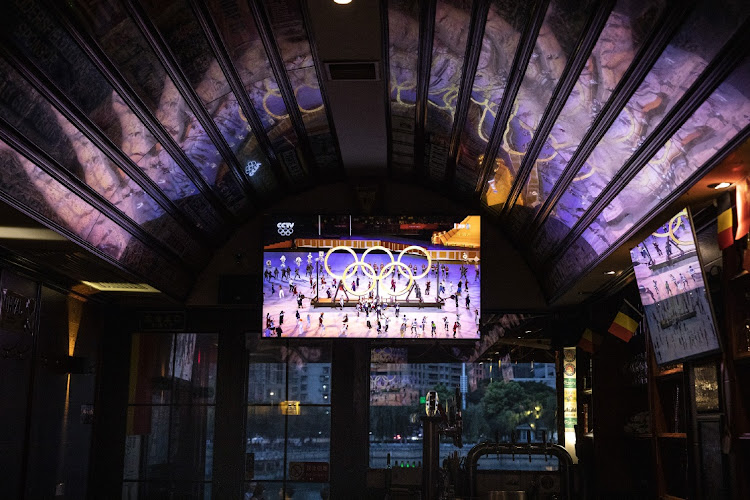 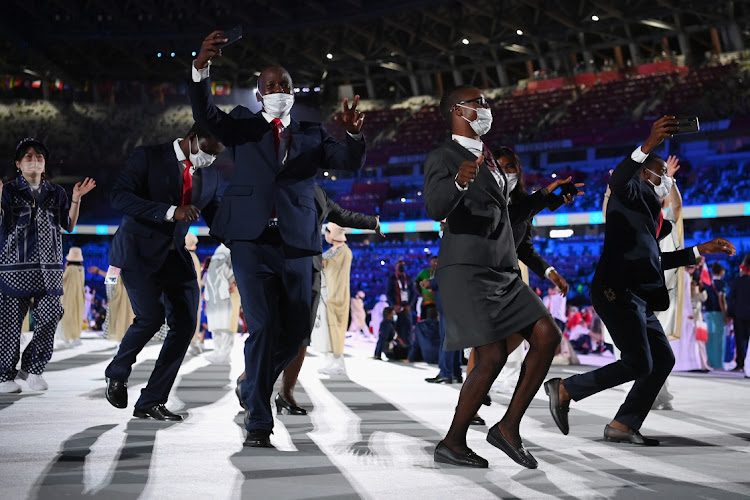 Other athletes were also expected to make statements about equality and justice and most nations were represented by a man and a woman after the organisers changed their rules to allow two flagbearers.

The opening also featured fireworks in indigo and white, the colours of the Tokyo 2020 emblem, and gave a nod to Japanese tradition represented by giant wooden Olympic rings linked to the 1964 Games.

A vastly smaller number of athletes, about 20 per nation, marched in the teams' parade, with many flying in just before their competitions and due to leave shortly after to avoid infections.

Delegations tried their best to liven the mood. Uganda, wearing bright traditional costumes, did a few measures of a dance, while the Argentine delegation jumped up and down on entering.

There were also a variety of masks, from plain blue or white surgical masks to others in the colours of the national flags or emblazoned with national seals, but several groups paraded maskless, sparking anger on Japanese Twitter.

Athletes marched to the music of some of Japan's best-selling video games such as Dragon Quest and Final Fantasy, as country names on placards were shown in speech bubbles often used in manga cartoons.

Postponed for a year, organisers were forced to take the unprecedented step of holding the Olympics without fans as the novel coronavirus is on the rise again, taking lives around the world.

The opening video featured at the stadium recapped Japan's path to the Games and the challenges the world has faced since the selection of the Japanese capital as host in 2013.

It showed how the coronavirus struck in 2020, with lockdowns forcing the unprecedented postponement only four months before the Games were due to open, setting off a roller-coaster period of uncertainty and preparations in isolation for the athletes.

A moment of silence was held “for all those family and friends we have lost,” especially to the coronavirus, and mention was made of the Israeli athletes slain at the 1972 Munich Games.

Japan had billed the Olympics as an echo of the 1964 Tokyo Games, which marked the country's return to the world stage after its devastating World War 2 defeat, but this time showcasing its recovery from the 2011 earthquake, tsunami and nuclear crisis.

Japanese Emperor Naruhito and International Olympic Committee (IOC) President Thomas Bach, both masked, entered the stadium and bowed to each other before sitting down socially distanced.

The giant wooden rings were carried onto the field on a platform, guided by the light of many paper lanterns. They were made of lumber from trees that grew from the seeds borne by athletes from nations participating in the 1964 Games.

Only 15 global leaders are in attendance, along with Emperor Naruhito, who will formally open the Games as his grandfather Hirohito did in 1964, and US First Lady Jill Biden.

The ceremony was marked by high-profile absences, including former Prime Minister Shinzo Abe, who wooed the Games to Tokyo. Top sponsors also stayed away, highlighting strong opposition to the event in COVID-19-fatigued Japan.

Hundreds of protesters carrying placards that read “Lives over Olympics” protested around the venue yelling “Stop the Olympics”.

Only a third of the host nation have had even one dose of vaccines, prompting worries the Games could become a super-spreader event. More than 100 people involved with the Olympics have already tested positive.

The Olympics have been hit by a string of scandals, including the exit of senior officials over derogatory comments about women, jokes about the Holocaust and bullying.

The Games run until Aug. 8.

About 11,000 athletes from 204 national Olympic committees are expected, along with a team of refugee athletes competing under the Olympic flag.