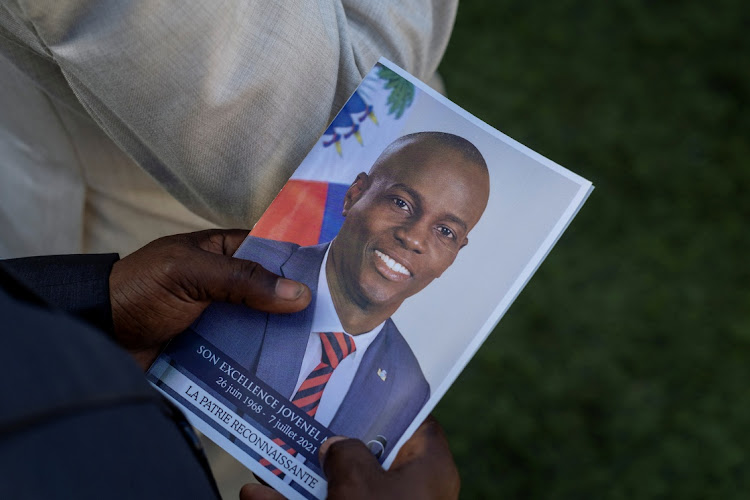 Haitian authorities said on Thursday that a Colombian national, considered a suspect in the assassination of Haitian President Jovenel Moise, had been arrested in Jamaica as investigations continues.

The 53-year-old former businessman Moise, who took office in 2017, was shot dead at his private residence in July and his wife was wounded in the attack.

A group of Colombian mercenaries emerged as the main suspects though nobody has been charged or convicted in connection with the case.

Reuters was unable to reach a representative for Palacios.

Jamaican authorities confirmed on Thursday that a person, which they described as likely being a Colombian national, had been arrested.

They gave no further details.

Haitian police on Friday outlined fresh accusations against a former Supreme Court judge over her links to the assassination of President Jovenel ...
News
3 months ago

Haiti bid a rowdy farewell to assassinated president Jovenel Moise on Friday as his funeral was roiled by nearby gunfire and protests, prompting a ...
News
4 months ago

Haiti's government on Tuesday formally appointed Ariel Henry as prime minister, nearly two weeks after President Jovenel Moise was gunned down in a ...
News
4 months ago