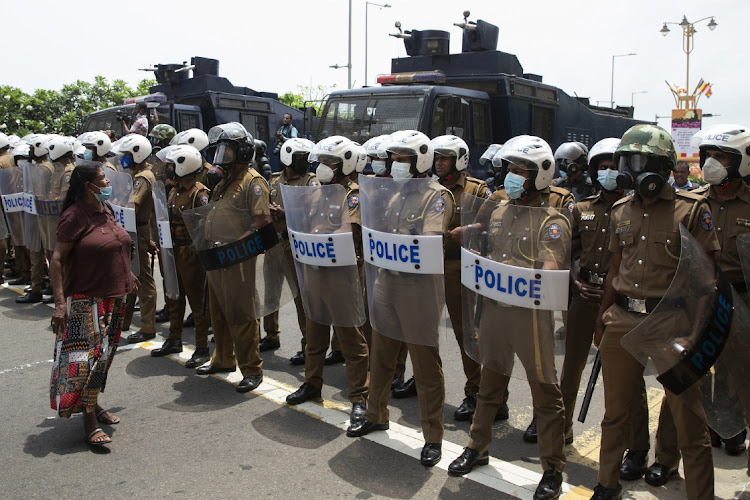 Streets were calm on Tuesday in the Sri Lankan commercial capital of Colombo, after a day of clashes that killed seven people and injured more than 200, police said, in violence that prompted Prime Minister Mahinda Rajapaksa to resign.

“The situation is calmer now, though there are still reports of sporadic unrest,” said police spokesperson Nihal Thalduwa.

About 200 people were injured in addition to the seven killed as violence flared nationwide, prompting an islandwide curfew until 7:00am (0130 GMT) on Wednesday.

No arrests have yet been made in the incidents of violence, the spokesperson said, attributing three of the deaths to gunshot injuries.

The attacks on government figures came in apparent reprisal for an incident just hours before Rajapaksa's resignation.

On Monday, Rajapaksa spoke to hundreds of supporters gathered at his official residence following reports that he was considering stepping down.

After his remarks, many of them, armed with iron bars, stormed a camp of those protesting against the government, beating them and setting fire to their tents.

Police fired water cannon and teargas to disperse the skirmishers, after having initially done little to hold back the government supporters, according to Reuters witnesses.

Thousands streamed into the streets in celebration after Rajapaksa's resignation, but the mood quickly became tense.

Protesters attempted to tear down the gates of Temple Trees, his residence in the centre of Colombo, where broken glass and discarded footwear littered the surrounding streets on Tuesday, after some of the night's worst clashes.

Following a currency devaluation, it has turned to multilateral lenders such as the World Bank and the International Monetary Fund for assistance.

Former finance minister Ali Sabry, who resigned on Monday, along with the rest of Rajapaksa's cabinet, has said usable foreign reserves stand at as little as $50 million.

Shortages of fuel, food and medicine have brought thousands onto the streets in more than a month of protests that had been mostly peaceful until this week.