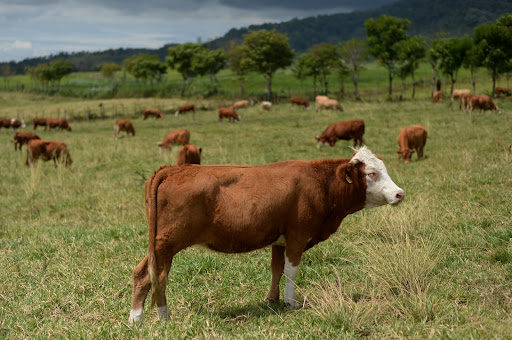 Local governments were told to step up prevention efforts by isolating and imposing local lockdowns of areas within 3- to 10-kilometer radius of infected villages or districts.
Image: Bloomberg

Indonesia, which eradicated the foot-and-mouth disease in cattle in the 1970s, is producing its own vaccine for cattle to halt an outbreak that has spread to six regencies in Aceh and East Java provinces.

The virus that infected thousands of cattle has been identified as stereotype O of IND2001, a strain that is common in the Southeast Asian region, Agriculture Minister Syahrul Yasin Limpo said in a virtual briefing on Wednesday.

The local vaccines are currently in production and should be ready within 20 days, said Limpo. In the meantime, the government will use imported vaccines on infected livestock, he said, without giving details of the shots.

The outbreak, which hit during the religious Eid festivities, could boost Indonesia’s imports of beef that the government forecast will reach 193,223 tons this year.

Beef produced in the country with the world’s largest Muslim population can only meet about 70% of its annual consumption. The rest is imported from countries including Australia, New Zealand, India and the US.

The government has said there is sufficient cattle supply for the Eid al-Adha festival in July, when cows and goats are slaughtered for religious sacrifices. They typically account for 10%-20% of the country’s total cattle population.

The ministry will set a special guidance on cattle mobilisation to prevent the virus from spreading further.  It will also closely monitor live cattle entry at its borders, especially those coming from countries that have yet to declare they are free from the disease, said Limpo.

Local governments were told to step up prevention efforts by isolating and imposing local lockdowns of areas within 3- to 10-kilometer radius of infected villages or districts.

Drugs, vitamins and disinfecting agents have been distributed to farmers. Veterinarians and government officials were deployed to monitor slaughterhouses to ensure correct procedures are implemented, including measures to dispose of infected organs, Limpo said.

The foot-and-mouth disease is airborne and spread via close contacts but it is not contagious to humans, he said. “Meat from infected cattle is safe to be consumed, but not the areas around the feet and the mouth, including the tongue and their internal organs.”