Why we had to help Swaziland - Mantashe

South Africa's R2.4-billion loan to Swaziland was necessary to avert the tiny kingdom's collapse and an ensuing humanitarian crisis which would have been even more costly. 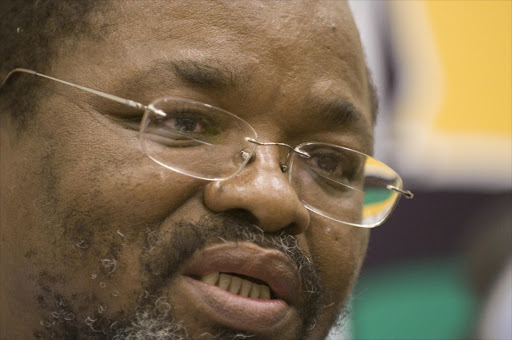 ANC secretary-general Gwede Mantashe, defending Pretoria's decision to assist Africa's only remaining absolute monarchy, told the Sunday Times the intervention was a loan, not a donation.

"If you allow Swaziland to collapse you will have short-term satisfaction but you will pay dearly - more than the R2-billion loan in the form of the influx (of Swazis)," he said.

"We are paying more than R2-billion on Zimbabweans ... if you open another front of a crisis ... we are going to pay a heavier price politically," said Mantashe.

He said he agreed with Swazi activists that their government should unban political parties and "allow democracy to prevail". But a democratic South Africa could never behave like it did under apartheid when it destabilised its neighbours.

"The argument that (we should) close the borders and squeeze them, then Swaziland will give in and collapse ... the apartheid regime did that with Lesotho," he said.

Mantashe said Pretoria would only act on Swaziland under the auspices of the Southern African Development Community and would not behave like a regional bully.

He also slammed the Johannesburg-based Swaziland Solidarity Network (SSN) for its criticism of President Jacob Zuma over the loan. The lobby group described Zuma as King Mswati's "sugar-daddy" and questioned the wisdom of the financial aid.

This approach, said Mantashe, was counter-productive.

"I don't have a letter from SSN asking for a bilateral with the ANC ... which means you don't have SSN wanting to engage the ANC," he said.

"It has a belief that says it can go out and insult the president of the ANC, they will get results ... it's a terrible tactic on their part. That's not how you win allies."

Mantashe defended the ANC government's relationship with Botswana, where the ANC Youth League has called for "regime change".

"Botswana is not an appendage of South Africa," he said.

"It is sovereign. You cannot deal with Botswana as if it is a military junta. It's a democracy, it goes to elections ...

"There are a few of those military juntas in the continent, they have been in power for a long time, but we never said 'this is a military junta and has been around for so long, let's go and effect regime change'. We don't do that as the ANC," said Mantashe.

He said the ANC supported the trial of former Egyptian president Hosni Mubarak as long as the Egyptians themselves were trying him, not the International Criminal Court.