SA the only country with 'programme' to fight corruption: Zuma 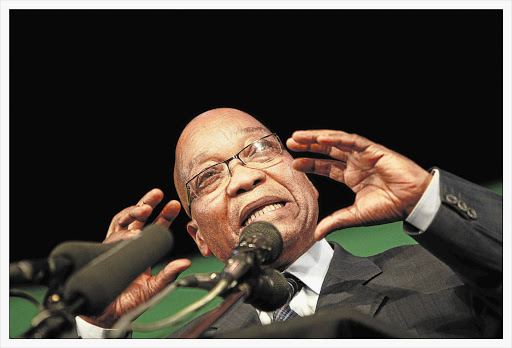 South Africa is the only country with a "programme" to fight corruption, President Jacob Zuma said on Thursday.

Replying to points raised in the National Assembly during debate on his state of the nation address, Zuma said it was "important to emphasise that most of the corruption you read about in the media is exposed as a result of the work of government and its agencies".

Amid laughter from opposition benches, he continued: "What we should remember is that South Africa is the only country that has a programme to fight corruption. It's not being fought anywhere else.

"And that's why you can't read about corruption in other countries. It's a reality. South Africa has a programme to fight corruption and it is fighting it," he said.

"You must be saying 'well done government'. We're one of the countries in the world that has a dedicated programme of fighting corruption."

Assets of more than R600 million had been seized.

More than R1 billion worth of assets obtained through illicit means had been forfeited in the past two years.

Since the inception of the national anti-corruption hotline managed by the Public Service Commission, a total of 1499 officials had been charged with misconduct for corrupt activities at national and provincial government levels.

In addition, the Special Investigating Unit (SIU) was probing cases arising from 23 proclamations, relating mainly to procurement irregularities in government departments nationally, provincially, and also in some public enterprises.

"We have split the function of heading the SIU and the Asset Forfeiture Unit to improve focus and output," Zuma said.

"Let us work together to promote clean governance and remove corruption in the public service and society in general."