Curators take Malema to court to get answers on assets 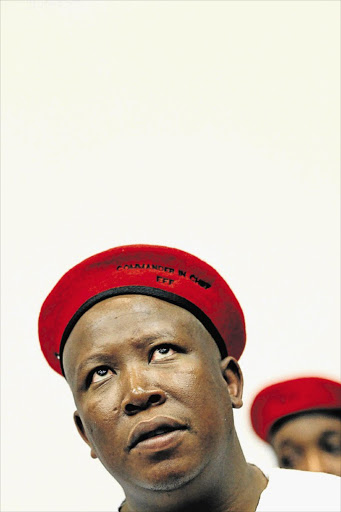 SARS spokesman Adrian Lackay confirmed that Cloete Murray and Avuwe Ndyamara of Sechaba Trust filed papers last week. They were appointed by the Master of the High Court in Pretoria.

The order, if granted, would compel Malema to answer questions about some of his assets, which the curators believed he could have hidden.

"As a creditor SARS has an interest in the relief sought by the curators before court, as these efforts may eventually contribute to the recovery of outstanding tax by the individual," said Lackay, confirming a report in The Star.

Murray and Ndyamara were appointed to trace Malema's assets after Sars obtained a judgment against the former ANC Youth League president earlier in the year, in connection with his outstanding R16 million tax bill.

In May his incomplete mansion in Sandton, Johannesburg, was sold on auction for R5.9m. His farm in Limpopo fetched R2.5m at an auction in June. Several of his household goods were auctioned off earlier this year. Malema's lawyer Tumi Mokwena could not immediately be reached for comment.