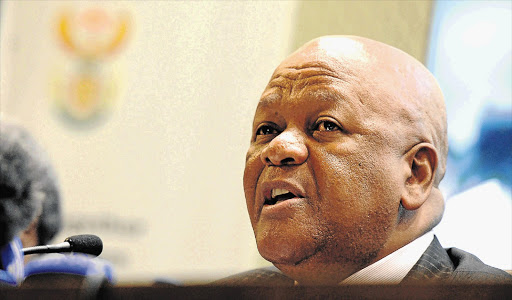 The death of former president Nelson Mandela marks the passing of an era, Justice Minister Jeff Radebe said on the sidelines of the official memorial at the FNB Stadium in Soweto.

“When I look at Mandela, I also look at Walter Sisulu and Oliver Tambo; these are the three men who made this new democracy.

“They turned the ANC from an organisation that was doing petitions to a strong fighting force to destroy the system of apartheid.”  He said the responsibility now lay with those who remained.

“We need to take the fight on for a total liberation of our country.”  Radebe said it was a “shattering blow” when he heard Mandela had died.

“This is a man who had dominated South African politics for almost 60 years, and now with a stroke of a pen he’s no more.

“As soldiers we need to take his spear and continue the fight.”  He said the death of Mandela had united South Africans, black and white, and everyone was beginning to realise that they had one common destiny.

The official memorial for the anti-apartheid icon was being held at the site where Mandela gave his first inland speech after he was released from prison in 1990.

Members of the public braved the rainy weather on Tuesday, and filed into the stadium singing struggle songs.

Many national and international dignitaries are expected to attend the memorial, scheduled to start at 11am.

Radebe said he was looking forward to hearing some of the international guests speak.

Mandela died at his Houghton, Johannesburg, home on Thursday aged 95. He will be buried in Qunu in the Eastern Cape on Sunday.