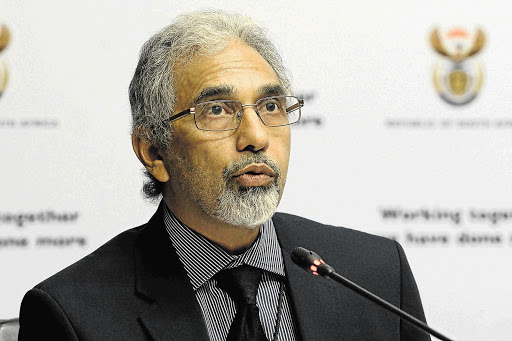 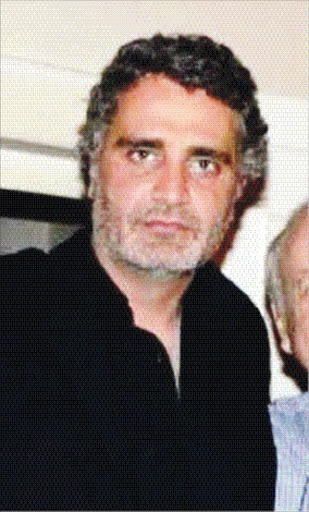 At the time Zuma was unemployed after he had been fired as deputy president. He was in the running for the ANC presidency and had just been acquitted on a rape charge.

The spy master, known as "Skollie", whose real name is known to the Sunday Times, was the head of SARS's covert Special Projects Unit, later renamed the National Research Group.

Documents seen by the Sunday Times and SARS officials who spoke on condition of anonymity claim that the unit also intercepted a meeting between Zuma and SARS executive Leonard Radebe at the Beverly Hills Hotel in Durban ahead of the ANC's 2007 Polokwane conference.

The unit was established in 2007 when Co-operative Governance and Traditional Affairs Minister Pravin Gordhan was the commissioner at SARS.

A senior intelligence official confirmed this week that the cabinet security cluster had independently established that a bug had been planted in Zuma's house.

The unit is now the subject of three separate probes by the Office of the Inspector General of Intelligence, the Hawks and SARS itself.

The unit's existence and alleged targeting of politicians aligned to Zuma in the run-up to Polokwane has been reported on before.

But, based on access to confidential minutes of unit meetings, internal memos, e-mails and reports, and interviews with former and current unit members, the Sunday Times can reveal for the first time that:

Evidence exists that the unit illegally intercepted the e-mails and phone calls of taxpayers;

SARS flouted its own policies to secretly recruit agents;

Agents were paid from a secret cost centre;

These actions are illegal as they violate the National Strategic Intelligence Act, which says only South Africa's military, police and intelligence structures are allowed to gather covert intelligence.

A National Intelligence Agency report on "irregularities taking place at SARS" dated December 15 2009, and seen by the Sunday Times, states that the unit "conducted surveillance activities, house infiltrations and comprehensive security checks on the identified targets".

SARS vehemently denies the unit was involved in mail intercepts and phone tapping.

However, proof that the unit intercepted phone calls and e-mails is contained in WhatsApp discussions, seen by Sunday Times reporters, between SARS enforcement head Johann van Loggerenberg and his former lover, Pretoria-based attorney Belinda Walter. Both Walter and Van Loggerenberg made the messages available to the Sunday Times.

At the time the pair were romantically involved - while she represented a number of high-profile tobacco producers under investigation by Van Loggerenberg.

In a WhatsApp sent to Walter on January 14, Van Loggerenberg writes: "We are running plenty lines. More lines mean more data to sift."

Referring to one of Walter's former clients, Van Loggerenberg indicates that "their lines are super-hot".

He also copied e-mailed questions received by the same client from a journalist in WhatsApp discussions. Asked how he obtained the information, Van Loggerenberg replies: "Intercepted."

On another occasion he refers to his "watcher and listener ladies [who] don't waste time to draft reports for me on personal stuff".

Memos show the unit was set up by deputy SARS commissioner Ivan Pillay in February 2007 when he managed SARS's enforcement and risk division. Its 26 agents included SARS enforcement officials and operatives and investigators drawn from the Scorpions, NIA and military special forces.

Agents received training in mobile, electronic and physical surveillance, house penetration and phone and mail interception at a conference centre in Montana near Pretoria.

Weekly meetings were held at a guest house in Brooklyn, Pretoria, and agents worked from private homes, cafés and restaurants. A memo sent from the unit's data analyst on May 14 2008 outlines "rules of play" that include "group is not known" and "cost centre is not known".

According to the minutes of a meeting on June 12 2008, Pillay gave its leaders "verbal instruction not to follow the normal policies and procedures" in recruiting agents.

Skollie had a falling-out with SARS management and decided to leave. He demanded a large payout for his silence. After Skollie left SARS, Van Loggerenberg managed the unit.

Minutes show that two months after Skollie was paid the R3-million, SARS warned unit members that "contact with Skollie must be broken completely. Any contact must be authorised. If he makes contact it must be reported in writing via unit leaders to Mr Pillay."

A SARS memo dated March 28 2008 shows Skollie's payout was disguised as a payoff for the remainder of his three-year contract plus R87000 in "accrued leave pay".

Pillay and disgraced former SARS commissioner Oupa Magashule, who was then the general manager for corporate services, signed off on the payment.

A former unit staff member said the money was Skollie's "silence cheque" after he fell out with SARS top brass.

"The division created conflict and [Van Loggerenberg] came in as a mediator and finally [Skollie] was fired but not before he threatened to expose the unit and was offered a 'silence cheque' and the unit members [were] warned to cut all ties and communication with him," the former member said.

Former staff members added that Van Loggerenberg told the meeting the entity was "created because the commissioner [Gordhan] himself envisaged a unit that would obtain and understand things related to the illicit economy that cannot be obtained through the normal means".

SARS had realised it needed "information from NIA and the [police] crime intelligence units but these departments were faced with some problems that made the exchange of information difficult".

SARS spent millions of rands on equipment for the unit. According to the minutes, the unit requested R546-million from Pillay to buy CCTV cameras, binoculars and portal radios, among other equipment.

Lackay confirmed the existence of the National Research Group, but denied it was involved in covert intelligence gathering.

"SARS has been aware of numerous attempts to tarnish its reputation by, among others, alleging the existence of an illegal covert unit - the NRG," said Lackay.

"SARS has never had a covert intelligence unit and has never bugged any telephones. SARS does not have and never had the capability to intercept communications or to conduct illegal covert operations."

Lackay conceded that SARS paid Skollie a sum of money but denied it bought his silence over the bugging of Zuma's home.

"SARS did not pay [Skollie] to leave his post or to 'shut up and disappear'," he said.

"We are not in a position to divulge the money details of the contract as this constitutes confidential information to the taxpayer. The contract was terminated early due to personal reasons relating to [Skollie] that resulted in [both parties] agreeing on a final contract settlement amount payable," he added.

Lackay said "the NRG was never involved in any illegal activities including the 'bugging' of Mr Zuma's house".

He said the WhatsApps between Van Loggerenberg and Walter were "private conversations in which he deliberately lied to his girlfriend at the time".

Van Loggerenberg would explain this to the SARS investigation and the inspector-general of intelligence.