Politics is a boys club and legislation needs to change this 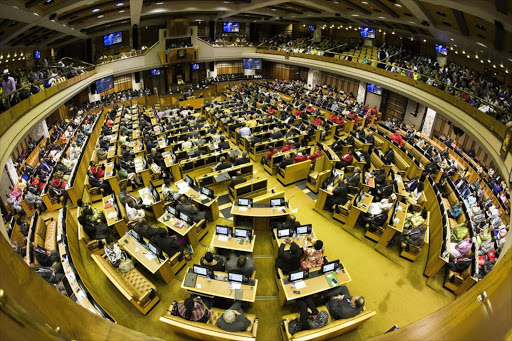 A general view of the National Assembly.
Image: EPA/NIC BOTHMA

This is the recommendation from a research report launched by the Commission for Gender Equality yesterday, titled: "Woman and Political parties in South Africa".

Research conducted by the CGE looked at three political parties in South Africa: the ANC, COPE and UDM. The research failed to  get "buy-in and collaboration" from the Democratic Alliance, despite numerous and repeated approaches.

The numbers show that it is a losing game for woman and the commission has called for legislation and punitive measures against parties who don’t follow the 50/50 gender quota.

From the study it was clear that "enormous work" must be done to bring gender equality because political parties are still dominated by men.

"Patriarchal and male-dominated societal structures makes it difficult for women to enter the political process," the study found.

While the ANC has a voluntary adopted 50/50 gender quota system, other parties do not have this system.

Despite the ANC's increasing number of woman in parliament,  the report noted, that political parties still had a "bias towards male leadership".

Political parties have failed to place woman in "critical and influential" leadership positions, the report found.

For example the ANC's  National Executive Committee is still dominated by men.

Experts welcomed the call for legislation but added that more needed to be done to overcome the gender gap.

Professor Bonita Meyersfeld from University of Witwatersrand Centre for Applied Legal Studies said legislation was a "necessity" but could lead to a "numbers game". She said there needed to be a complete transformation in the "inherent patriarchy" which ran political parties.

Sanja Bornman, from the Women's Legal centre said that politics like all other spheres was a "boys club".

"There are gender dimensions to every single one of our societal challenges - from poverty and unemployment to violence, in our private and public lives. Those gender dimensions need to be diligently identified and championed in all discussions, plans and actions by our leaders if we are to achieve substantive gender equality, " Bornman said.