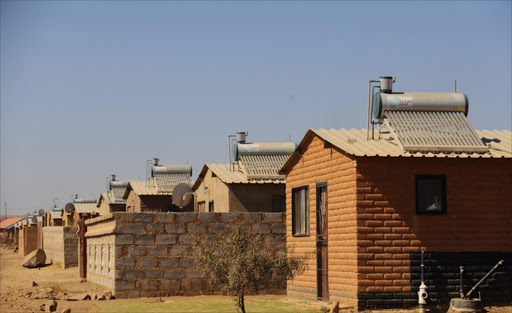 Typical houses built as part of the government’s housing programme.
Image: Masi Losi via The Conversation

South Africa's African National Congress parliamentary caucus tweeted that 5 million houses have been built since 1994. The claim is incorrect.

In the lead up to a parliamentary debate on a motion of no confidence in South African President Jacob Zuma, the ruling African National Congress (ANC) parliamentary caucus tweeted a number of claims using the hashtag #ConfidenceInZuma.

One of the tweets claimed that five million houses had been built by government since 1994.

Is the figure correct?

Claim is an “error/typo”

Africa Check responded to the tweet asking for the source of the claim.

Head of media and communications for the ANC parliamentary caucus, Moloto Mothapo, replied and said “this is an error/typo. The correct figure is +/- 3 million, as it commonly known”.

However, it is unclear exactly what government has counted as a house or housing unit over this period. It could include housing subsidies, the number of houses built, registered deeds or the provision of low-income rental accommodation.

Concerns have also been raised over the accuracy of the housing statistics. Experts caution that since the figures have not been independently verified they should be viewed as "indicative rather than entirely conclusive”.

The ANC parliamentary caucus’ claim that 5 million houses had been built since 1994 is incorrect. Government data shows that between 1994/95 and 2014/15 2,930,485 houses or housing units were delivered. However, concerns have been raised about the accuracy of these figures.

The tweet has been deleted but no correction has been issued. When Mothapo was asked if a correction would be issued he responded saying that “I did that in my response to [Africa Check]”.

Note: the claims in the tweet regarding water, electricity and sanitation were mostly correct.