WATCH: What were you doing in Dubai‚ Minister Van Rooyen? 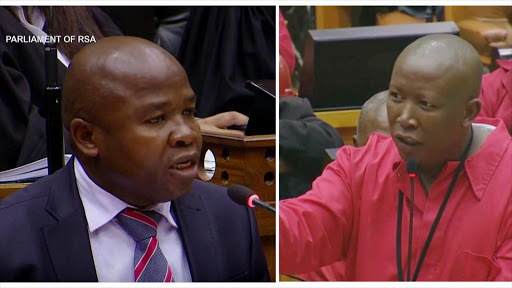 Members of the National Assembly were debating the situation in Vuwani‚ Limpopo‚ where violent protests have seen more than 20 schools destroyed.

Watch the EFF MPs disrupt Van Rooyen as he tried to deliver his speech.

House chairperson Angela Thoko Didiza tried to call the EFF politicians to order several times‚ but Malema explained they would only let Van Rooyen speak once he explained his trip to Dubai.

“This matter has cost the country R500-billion. He must be ashamed to stand here and speak to us‚” Malema declared.

Last month‚ opposition parties claimed that Van Rooyen had travelled to Dubai in 2015 to meet members of the Gupta family‚ who have been publicly accused of using their proximity to President Jacob Zuma in their campaign of state capture.