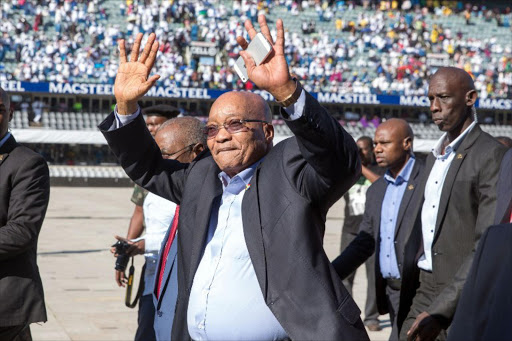 The National Prosecuting Authority will appeal the North Gauteng High Court’s judgment that the decision to drop the corruption and fraud charges against President Jacob Zuma was irrational.

National Director of Public Prosecutions Advocate Shaun Abrahams said on Monday that an appeal court was the place to pursue the matter.

The court ruled on April 29 that the 2009 decision by the NPA to drop fraud‚ corruption and racketeering charges related to the arms deal against Zuma – who was president of the African National Congress (ANC) at the time - was irrational.

The decision on whether or not to appeal against the ruling is being seen as a test of the credibility of the head of the NPA‚ Shaun Abrahams.

Abrahams said at a press conference on Monday that he had taken legal advice from senior counsel on the ruling. He said the ruling had far-reaching implications for the country and should be considered by an appeal court.

“I have decided to apply for leave to appeal‚” he said.

Abrahams went to great lengths to assure the nation that the prosecution authority was independent.

He said that speculative reports of the imminent arrest of Finance Minister Pravin Gordhan had caused harm to the economy. He denied that the prosecuting authority was being abused for hidden political agendas or being used to manipulate the law. This included investigations into the so called SARS rogue unit

“Neither I nor the institution require the political go ahead to prosecute anyone …. The NPA is not filthy or corrupt‚” he said.

“The NPA is not involved in any unrestrained attack against any person‚” he said.

“There are no charges or being investigated against Minister Gordhan‚” he said.

“In the event that the Minister is implicated‚ I will make the decision.” He said the case could not be investigated in the public domain.

“I implore you to respect the process of the investigation‚” he said. “Stop playing with our economy‚” he urged commentators and politicians speculating on the case.

He took offence at the way he was portrayed by cartoonists in the media as having been swayed by politicians. “I’m not a passenger in anyone’s vehicle‚” he said