Joemat-Pettersson decision on oil stock sale ‘could paralyse the economy’

National Treasury and the Department of Energy are passing the buck on who decided that the sale or rotation of deteriorating strategic oil stocks at a much-criticised price could take place without agreement from Treasury. 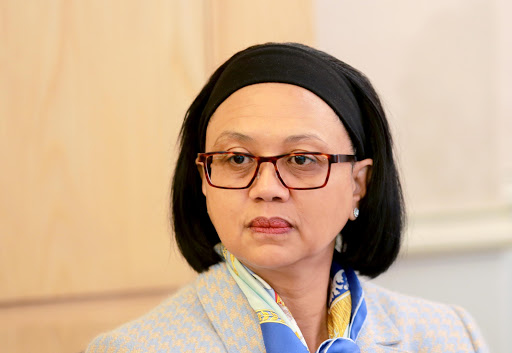 Energy Minister Tina Joemat-Pettersson told the Sunday Times that Treasury spokesman Phumza Macanda would be able to confirm that Treasury did not have to be consulted on the transaction.

Macanda‚ however‚ directed enquiries straight back at Joemat-Pettersson's department and refused to comment on whether the correct steps were taken - raising the possibility of a stand-off on the legality of the transaction.

Joemat-Pettersson‚ who faces criticism for agreeing to sell the strategic stock at $28 a barrel in December‚ has come out fighting to support the legitimacy of the decision‚ while maintaining that she acted on expert advice rather than personal preference‚ and insisting that she had put the strategic well-being of the country first.

Democratic Alliance (DA) MP Pieter van Dalen will be laying criminal charges‚ calling in the help of the public protector to see whether taxpayers' money was squandered and asking the auditor-general to probe the deal.

"It is irrational to sell at $28 as current prices are at $50 per barrel and with continued undersupply at the moment‚ this price is destined to rise. This means that taxpayers will bear the brunt of the losses that will follow this illegal sale of 10-million barrels of fuel belonging to the Strategic Fuel Fund (SFF)‚" said Van Dalen.

"Even more problematic is the glaring evidence that this sale to a company called Vitol was done so rapidly and without any consideration of Treasury.

"Events need to be seen in the context of the 20-year lease which was recently awarded by Transnet to a company called Burgan Cape Terminals for the development of the fuel storage and distribution facility in Cape Town Harbour. Companies will ‘rent’ space from Burgan for storage of their fuel product.

"Vitol is partnering Burgan in the deal to build storage tanks along with Thebe Investments. The fuel was sold privately to a company that is partnering with an ANC affiliated corporation. The dots are connecting‚" said Van Dalen.

But Joemat-Pettersson said Van Dalen is barking up the wrong tree.

"The regulations require 60 days’ strategic oil stock‚ which are not allowed to drop below 50 days. During last year‚ I became aware that we only had 21 days' reserve stock‚" she told the Sunday Times.

According to DA MP Gordon Mackay the argument for a non-speculative sale is nonsensical‚ though‚ because the small volume can have no influence on the oil price.

"What we are seeing‚ is minister Joemat-Pettersson again shying away from public scrutiny and parliamentary oversight‚ as is her wont. She has erred. Her decision is neither rational or even legal. She has left South Africa vulnerable to a fuel crisis that could potentially paralyse our economy‚" said Mackay.

But‚ according to Joemat-Pettersson‚ her only role as a politician is to ensure the required level of strategic stock is maintained‚ and that she did.

"I am now convinced SA can absorb any shocks‚ having seen it go up to 90 days' supply‚" she said‚ adding that the media and opposition spin put on the events is mischievous and unfortunate.

"The revenue gained from selling the old stock was immediately used to buy the new stock‚" the minister added.

She said all decisions of a technical or trading nature were taken by SFF experts - not by the minister.

"I am advised by experts and merely implement their advice - as I do with the fuel price every month‚" Joemat-Pettersson maintained.

"I do not interfere in these decisions as they are not political but rather driven by regulations and expert decisions. The experts advised me to buy when the price was relatively low.

"I cannot determine the pricing of oil bought or sold‚ but can trust that the experts upon whom I depend have followed all the regulations. The politician's role is merely the security of supply.

"The closed tender process was a trade issue and was advised by experts‚" said Joemat-Pettersson. - TMG Digital/Politics