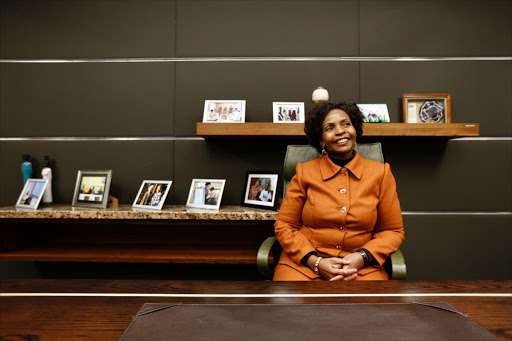 In the absence of an alternative to holding African perpetrators of human rights violations and international crimes accountable for their actions‚ an exit by South Africa from the International Criminal Court will not bode well for the rule of law.

In the letter‚ Mushwana raised concerns about some positions taken by the country and also requested a meeting to discuss these issues.

One of the two issues he dealt with was South Africa’s seemingly waning commitment to the Rome Statute signed by SA in 1998.

He also expressed concern about the country’s abstention from voting on the resolution condemning discrimination and violence on the basis of sexual orientation and gender identity at the 32nd Session of the Human Rights Council.

Mushwana‚ in the letter dated July 15‚ said when the country signed the Rome Statute in 1998‚ it joined other states in committing to the rule of law and to ending impunity for perpetrators of international crime.

“In recent months‚ following the government’s failure to take steps and detain (Sudanese) President Omar Al-Bashir during his visit to South Africa in June 2015‚ the South African government has indicated that it is seriously reviewing its participation in the Rome Statute.”

Mushwana said Al-Bashir has been charged by the International Criminal Court for crimes against humanity‚ war crimes and genocide‚ allegedly perpetrated against his own people.

“In the absence of an alternative to holding African perpetrators of human rights violations and international crimes accountable for their actions‚ an exit from the ICC will not bode well for the rule of law‚ a principle South Africa has committed itself to.”

He said the attempt to ensure greater accountability by the establishment of the African Court of Justice and Human Rights did not go far enough.

While the 2014 Protocol on Amendments to the Protocol on the Statute of the African Court of Justice and Human Rights conferred criminal jurisdiction to the court‚ the protocol also granted immunity to heads of states and other senior officials.

“The effect of this immunity is that those guilty of the most grossest violations of human rights and the perpetration of international crimes will not be held accountable for their actions‚ for as long as they remain in power.

Mushwana said the granting of immunity was likely to encourage an increase of heads of state in Africa who want to overstay in office while unleashing a litany of human rights violations against their citizens.

On the vote‚ Mushwana said the commission addressed a letter to the minister last month urging South Africa to vote in support of a resolution condemning discrimination and violence on the basis of sexual orientation and gender identity.

Mushwana said although the commission had not had a response from the minister‚ the commission learnt from media reports that South Africa abstained from voting.

He said because it had not been able to meet the minister‚ the commission was unable to reflect the thinking behind government’s positions on these issues.

“It is for this reason that the commission requests to engage with your esteemed office at a round table dialogue‚ to discuss the issues raised in this letter and by any other related matters that may be agreed upon‚” Mushwana said.