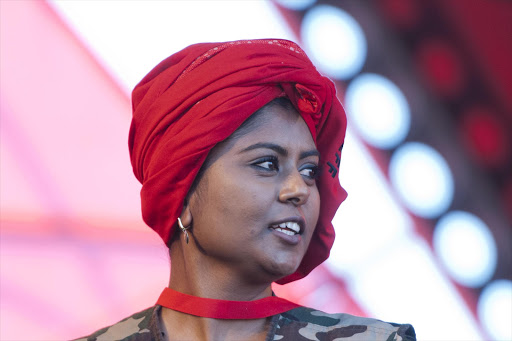 Economic Freedom Fighters (EFF) treasurer-general Magdalene Moonsamy has resigned from her position to concentrate on her career as a lawyer.

EFF’s leader Julius Malema announced on Monday that Moonsamy has established her law firm and had requested the organisation to afford her time off.

"The position of treasurer-general is a full-time position‚" noted Malema.

Her departure follows the recent announcement that the EFF’s national spokesperson‚ Mbuyiseni Ndlozi‚ “will be on study leave effective immediately‚ till 1 November 2016”.

“Commissar Fana Mokoena has therefore been appointed to the position of acting national spokesperson until Commissar Ndlozi can resume his duties in November‚” the party had said in a statement.