All NGOs implicated in deadly mental health disaster to be shut down: Health Minister

About 700 patients who were removed from Life Esidmeni healthcare centres and put into NGOs will be moved back to healthcare centres‚ with some likely to return to one of the Life Esidimeni centres in Germiston‚ Health Minister Aaron Motsoaledi has said. 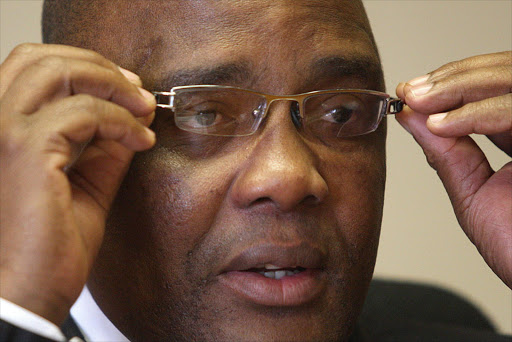 He was addressing the media on Tuesday afternoon on how the Health Department and Gauteng government were instituting recommendations by the health ombudsman‚ Malegapuru Makgoba.

Makgoba had suggested that all the affected NGOs be shut down after at least 94 patients died last year in unsuitable facilites that did not care from them.

Motsoaledi said on Tuesday that all 20 would indeed be shut down but he would not be drawn on where the patients would go. He said he would be guided by the team of experts who visited the NGOs over the past two weeks.

He said that of the 27 NGOs implicated in the deaths‚ seven had already been shut down from as far back as October. A team of 60 have visited the remaining 20 NGOs where about 700 patients are staying and assessed them. About 600 other patients are in hospitals‚ including small facilities such as Leratong and Jubilee hospitals. Motsoaledi said he would not announce the names of NGOs yet as they have not been told they will be shut down.

The minister said he had met the Life Healthcare CEO this morning to discuss the readiness of Life facilities to take patients back into its care. Motosaledi said he was told Life Esidimeni centre was ready to take 75 patients this week and would need eight weeks to prepare for others.

He said the expert team made of psychiatrists nurses and other healtcare professionals team still needed to decide how many patients would be placed there. His department is also looking at which other care facilities will take the patients from the NGOs.

The team of experts has also looked at a closed facilty in Selby that was used for recovery of surgical patients from Chris Hani Baragwanath and Charlotte Maxeke hospital to see if it can take patients.

Patients will be moved slowly he said as families fear that their relatives will be destabilised by being moved again. "We dare not repeat the deadly mistakes of a hurried job‚" Motsoaledi said.

He said the police were busy working to identify 19 bodies not yet claimed by relatives but were people believed to have been patients at Life Esidimeni Helathcare centres and then transferred to NGOs.