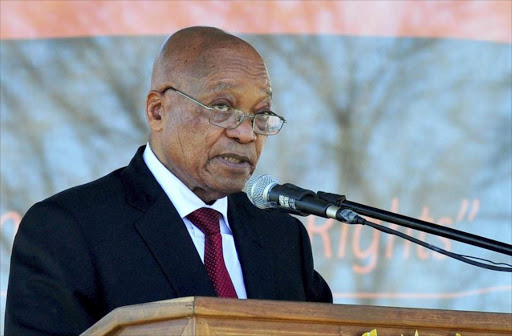 “This is an act of complete state capture. We cannot sit by and let this happen. It is time that all South Africans stand together to protect our democracy‚” the party said in a statement on Friday morning.

The DA noted that it was parliament who had hired Zuma and who could fire him.

“We therefore urge all political parties‚ including members of the ANC‚ to vote President Jacob Zuma out when the DA’s motion of no confidence is debated in the National Assembly. The time is now. We must stand together and defend what so many fought and died for‚” read the statement.

The Economic Freedom Fighters‚ who yesterday filed papers at the Constitutional Court to force parliament to start impeachment proceedings against Zuma‚ was equally critical.

In a series of tweets‚ EFF spokesman Mbuyiseni Ndlozi said the reshuffle was a coup.

“Imagine! When we united opposition to reject this ANC some said we sold out! Okay‚ had we voted ANC‚ what would they be saying to us today?”

More scathing was his last tweet: “No! This is not a #cabinetreshuffle! This is a coup d'etat! It's a direct takeover of government by a mafia with no reason to hide anymore!”

The United Democratic Movement (UDM) also criticised the reshuffle‚ saying it was targeted at replacing the leadership in the National Treasury.

Malusi Gigaba will be sworn in as Finance Minister later today. Sfiso Buthelezi‚ who currently serves as a member of parliament on the finance committee‚ will be his deputy.

“Unfortunately for Gigaba and his deputy‚ they will have to hit the ground running. People will be judging them to see how they react to pressure from the banks and Guptas‚” said UDM president Bantu Holomisa.

The National Freedom Party was even more scathing.

“We consider these changes done by Mr Jacob Zuma as an early APRIL FOOL [joke] we believe the President Mr Jacob Zuma will wake up early before it’s too late and redo the reshuffling‚ which will fire first all incompetent and useless people like Bathabile Dlamini‚ Faith Muthambi and Blade Nzimande. For now we consider this as an early April Fools games‚” the party’s spokesman Sabelo Sigudu said.

Sigudu said the reshuffling was just a waste of time‚ money and state resources.

The Presidency has confirmed that the new Cabinet members will be sworn in this evening in Pretoria.