Zuma’s comments on mass marches show he does not care about the people: DA 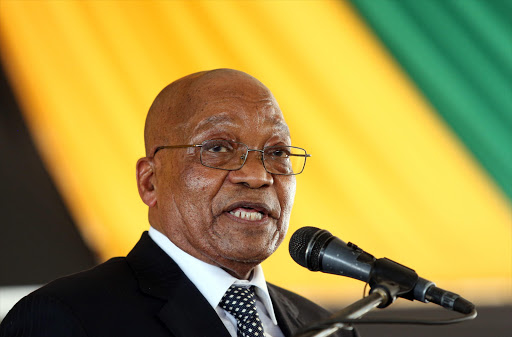 Jacob Zuma speaking at the tombstone unveiling of the late minister in the presidency Collins Chabane.
Image: Masi Losi

President Jacob Zuma’s comments o n Monday slamming Friday’s mass marches across the country and claiming that they were inspired by racism clearly shows that he is out of touch with the South African public’s very valid anger over his destructive leadership‚ the Democratic Alliance says.

“If Zuma refuses to hear the people’s cries‚ we must make sure he does. We have the power to do so and must march en masse so that he will have no choice but to hear us‚” Van Damme said.

She said that as a direct result of Zuma’s recent midnight reshuffle ‚ the country had been downgraded by two ratings agencies to junk status.

“His irrational actions will have a massively negative effect on the poorest in our country who are mostly black. The fact that he cannot or chooses not to see this only confirms that Zuma governs like black lives do not matter‚” she added.

Van Damme said the DA would join other political party’s on Wednesday to march to the Union Buildings and invited “all South African’s to join us so we can‚ in one and united voice‚ make it clear that enough is enough‚ Zuma must go”.

Hundreds of thousands of South Africans of all races took to the streets on Friday to demand that Zuma step down.