Booers to be dealt with by ANC 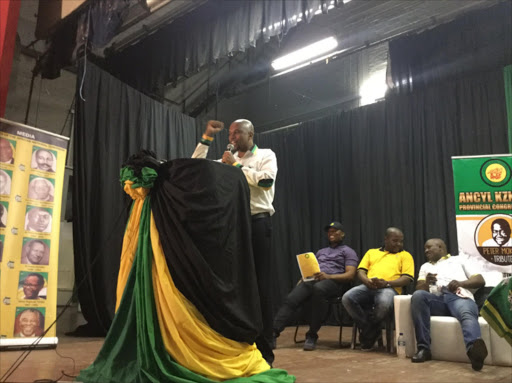 Serious steps were being taken by the ANC in Durban and in KwaZulu-Natal to deal with those that booed senior party members at recent events.

ANC eThekwini regional secretary Bheki Ntuli said it was unfortunate and regrettable that three recent booings happened in his region.

“We condemn such activities‚” he said while fielding questions during a regional executive committee media briefing in Durban on Wednesday.

Former finance minister Pravin Gordhan was also on the receiving end of the heckling by ANC Youth League members - this despite a court application by the Active Citizen Movement who had sought a court order preventing the ANCYL from disrupting the ceremony.

A few days later‚ ANC national executive member and deputy minister of agriculture‚ forestry and fisheries‚ Bheki Cele‚ was booed. Cele had been one of the speakers at the memorial service of former Liquor Board chairperson‚ Adv BJ Buthelezi‚ at the Amanzimtoti Civic Centre on April 12. Cele’s "crime" was questioning why the region was calling people like Hlaudi Motsoeneng and Mzwanele Manyi to deliver economic freedom lectures while they were there as local ANC leaders.

The trend continued when former ANCYL chair and now MEC for transport‚ community safety and liaison‚ Mxolisi Kaunda‚ was booed at the SACP event at Curries Fountain at the weekend.

Ntuli said they are dealing with such elements.

“No leader of the ANC or the SACP should be booed whether you agree or don’t agree with their views. This is a serious matter. As the region and province we are aware of these elements and we cannot allow them to continue and we will deal with these elements and those involved‚” said Ntuli.

He denied that the booing of Kaunda was a tit-for-tat act by the SACP.

“I would say all the incidents are isolated and have nothing to do with intraparty politics. We cannot say Kaunda’s booing was a tit-for-tat act‚” he said.

Ntuli said the REC was calling on the officials of the ANC to remain united and show unity of purpose in leading the ANC. He said unity remained a prerequisite for ensuring that national democratic revolution goals were achieved.

“We know that there are temptations that will arise in any conference year‚ including comrades embarking on clandestine campaign trails‚ despite the movement having not opened election debates officially‚” said Ntuli.