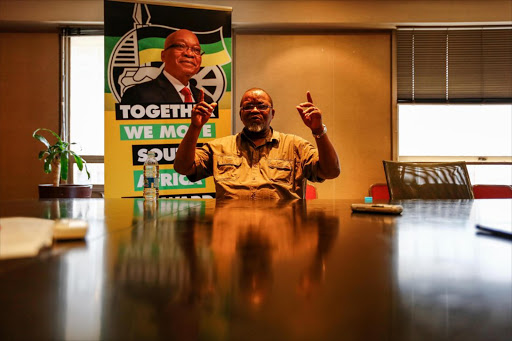 The ANC National Executive Committee has agreed there should‚ without delay‚ be a judicial commission of inquiry into allegations of state capture.

Speaking at a media conference at Luthuli House‚ ANC secretary-general Gwede Mantashe said the NEC had agreed that the commission's terms should be broad enough to uncover the influence of business on the state.

“The NEC expressed its desire to see all processes of reviewing the Public Protector's State of Capture report accelerated so that they are not an obstacle to the speedy establishment of the judicial commission into state capture‚” said Mantashe.

On the motion of no confidence against President Jacob Zuma‚ Mantashe called on ANC members of parliament to continue to conduct themselves in accordance with the Constitution and within the prescripts and norms of the ANC.

“Regardless of whether a secret ballot is granted by the court or not‚ ANC MPs‚ as always‚ are expected to vote in line with the decision of the caucus of the ANC‚” Mantashe said.

Mantashe also confirmed there had been a call made during the NEC meeting for the president to consider stepping down.

“Many were neither in favour nor against the appeal but emphasised the need for unity within the organisation‚” said Mantashe.