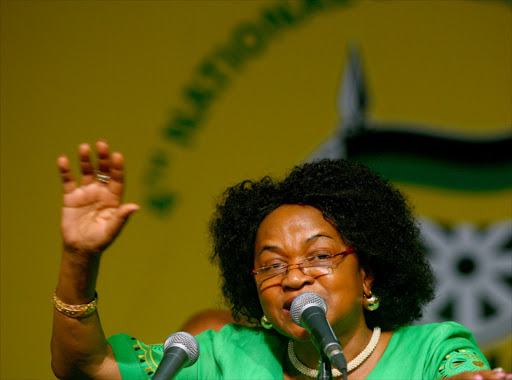 With a budget of R700-million less than they had requested‚ Parliament is in "very serious trouble"‚ speaker Baleka Mbete has said on the eve of her budget vote.

Mbete said on Monday that while there had been talks with the National Treasury around budgets and improvements were in sight‚ Parliament had been the "victim" of severe budget cuts.

The institution had requested a budget of R2.9-billion‚ but received only R2.2-billion.

Staff in Parliament‚ represented by trade union Nehawu‚ held a lunchtime picket because of fears they would not receive annual salary increases and faced potential retrenchments. More lunchtime pickets are planned for this week.

In a letter from Parliament to all staff dated May 22‚ deputy secretary for support services Baby Tyawa writes that during meetings with the union‚ Parliament had laid out its financial position.

"The compensation of employees allocation for 2017/18 is R785-million against the current salary bill of R887-million… This picture threatens the sustainability of salaries for the current employees of Parliament."

But secretary to Parliament Gengezi Mgidlana said during the briefing that engagements with the union were still under way and there had been no proposals on staff retrenchments or on the issue of bonuses.

Mbete said that while the matter was in the hands of Mgidlana and his team‚ "It would not be our wish not to have any increases. That is not our policy."

Mbete said her budget debate would also focus on other grave issues facing Parliament such as the separation of powers‚ currently in the public domain because parties "rush to court" for "political reasons and because they can afford it".

She said she would also address the preliminary report of the Speakers Forum‚ where one of the working groups found that "little progress has been made in land reform‚ calling this a "matter of great concern".

The budget vote is on Tuesday.