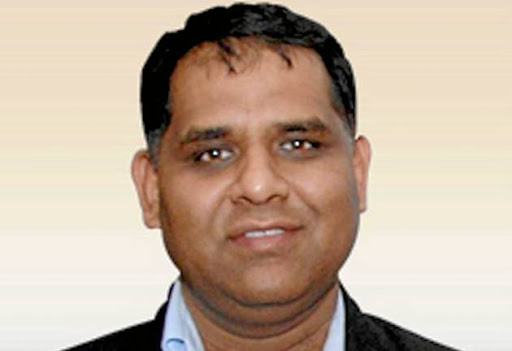 THE LEAK AT SAA: Rajesh Naithani was on the SAA board and, after hearing he might be removed, asked for a directorship at Transnet. He landed a seat on the SA Express board
Image: SUPPLIED

The Gupta family had a man on the inside at state airline South African Airways.

Indian molecular biologist Rajesh Naithani, was on the boards of both SAA and SA Express, another state-owned airline.

He spent his time at SAA updating Tony Gupta on happenings at the beleaguered airline, leaked e-mails suggest.

TimesLIVE has seen e-mails sent by Naithani to Sahara CEO Ashu Chawla for the attention of Tony Gupta.

Naithani, who flies to South Africa from India for board meetings, told the Guptas about his interactions with SAA chairman Dudu Myeni, the e-mails show.

The Sunday Times this week reported that Naithani asked Tony Gupta for help, using Sahara CEO Ashu Chawla as an intermediary, when he was removed from the SAA board in October 2014.

Naithani asked for a seat on the Transnet board but was instead appointed by Public Enterprises Minister Lynne Brown to the board of SA Express in May 2015.

In August 2014 he apparently passed notes taken during a meeting he had with Myeni, in which the performance of then acting CEO Nico Bezuidenhout was discussed, to the Guptas, again through Chawla.

"There was a feeling the CEO should be supported in the best interests of the organisation," he wrote.

In another e-mail, on October 4 2014, he inquired about being nominated to the boards of SAA and Transnet.

Both SAA and SA Express were coy last year when asked about Naithani's tenure on their boards, including his remuneration and whether he was flown into South Africa at the companies' expense for board meetings.

At the time SAA spokesman Tlali Tlali said he could not get information from the company secretary and directed the Sunday Times to SAA's annual financial statements.

Naithani referred all questions to the Department of Public Enterprises and did not respond to requests for comment yesterday.

Yesterday Brown's spokesman, Colin Cruywagen, said Brown had last week reiterated her call for an investigation into allegations of state capture and would say nothing further.

Responding to questions about Naithani's appointment to the SA Express board at the time it was made, a Gupta family spokesman said suggestions that the family was involved in it were a "politically motivated campaign against us".

David Lewis, executive director of NGO Corruption Watch, said Naithani's presence on the board was worth looking into, particularly as he was not an aviation expert.

On the passing of information, he said: "I would think it's the sort of thing that warrants looking into. It follows a pattern involving key state institutions starting from the cabinet and other state-owned companies . I would like to know what their interest was."

Two independent sources had earlier alleged that Gigaba was approached to include Naithani on the SAA board. This was at the time in the context of strengthening relations between South Africa and India, two Brics nations.

Gigaba's spokesman could not be immediately reached for comment late yesterday.

TimesLIVE was told by three former SAA directors that it was common knowledge on the board that Naithani represented Gupta interests and had boasted of his proximity to the family.

"We heard that he was deployed by the Guptas to that board. There was a strong sentiment that he was put there by them to influence decisions and win over chairmen of subcommittees," said a source.

Another said: "I knew he was from India but I never understood why or how he was on the board. Normally you could see a person is on a board because of their skills or experience ...

"SAA has had foreigners on its board before but those have always been people who had exceptional experience in aviation."

Naithani was on the subcommittees for audit and risk, procurement and human resources.

One board member said: "'Disinterested' I think is a good word."