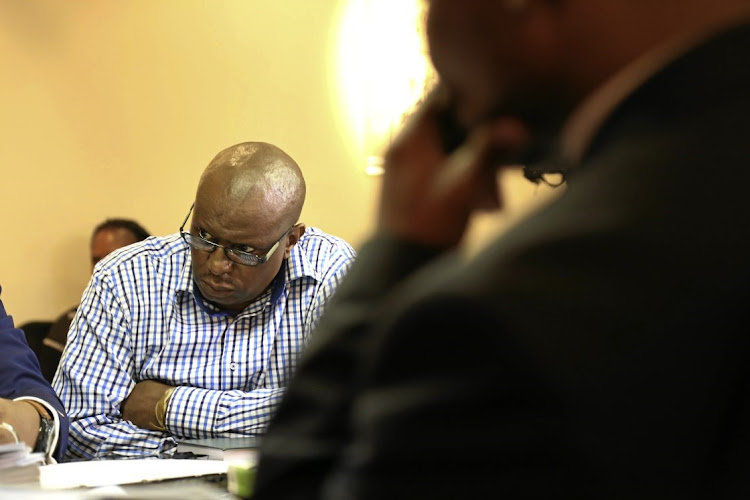 The disciplinary hearing of a senior public works official implicated in the controversial R246-million upgrade of President Jacob Zuma’s private Nkandla residence has been postponed again.

Chonco is the first of 10 public works officials to face disciplinary action over the Nkandla saga and his hearing‚ which had been set down for three days‚ has now been adjourned until August 7 and 8.

Public works’ legal representative Mduduzi Kulati asked hearing chairman advocate Thulani Khuzwayo that the hearing be stood down for half an hour so that he could consult with public works chief director for legal services Barnie Ntlou who made a surprise appearance.

After their meeting‚ Kulati requested from Khuzwayo that the hearing be postponed as there were “critical issues” that had been raised “regarding the way we were proceeding with the matter”.

Kulati said he was not in a position to divulge those issues until he had discussed them with the state attorney.

The latest disciplinary hearing into alleged wrongdoing committed in the R246-million upgrades to President Jacob Zuma's Nkandla homestead was ...
Politics
4 years ago

While Khuzwayo had no objection to the manner in which the department wanted to conduct the hearing‚ he was concerned that the matter had dragged on for too long.

“My only concern is to have some sort of conclusion in this matter. We need to find some finality. It is also in the best interest of the accused to find finality. This matter has been dragging for a long time‚” he said.

Chonco’s legal representative‚ Adrian Moodley‚ did not object to the postponement.

The hearing was also postponed in April because of Chonco’s ill-health after Moodley said he was suffering from depression‚ was not able to concentrate and was heavily medicated. He had been booked off work by his doctor from March 29 to April 29.

On Tuesday‚ Chonco looked relaxed during his disciplinary hearing.

Dreyer told the hearing during her brief evidence that her investigation related to Chonco’s role in approving the awarding of a contract to Bonelela Construction Enterprise and Projects.

Bonelela‚ owned by Durban businesswoman Thandeka Nene‚ was awarded a contract for phase one of the project which dealt with emergency work at Zuma’s homestead.

Will she appear? Will she fall sick? Will her lawyers pull a delaying tactic?After two of her public works department colleagues had their hearings ...
Politics
4 years ago

After concluding her investigation in April 2014‚ Dreyer submitted a statement to public works to consider a disciplinary hearing against Chonco as Bonelela’s contract had resulted in a R19-million irregular expenditure.

“During the investigation the finding supported the referral of the matter to the department of public works in respect to Chonco in relation to his approval for appointing Bonelela for phase one of the project‚” said Dreyer.

Bonelela was also awarded a further contract for phase two of the security upgrades at Zuma’s homestead.

“I interview various officials and other people but I never interviewed Chonco. Because we were a big team and there were a number of contractors involved‚ it was not always possible for me to interview everybody. Chonco was interviewed by my project manager and I prepared questions and relevant documents‚” said Dreyer.

Dreyer will continue with her evidence when the hearing resumes next month.