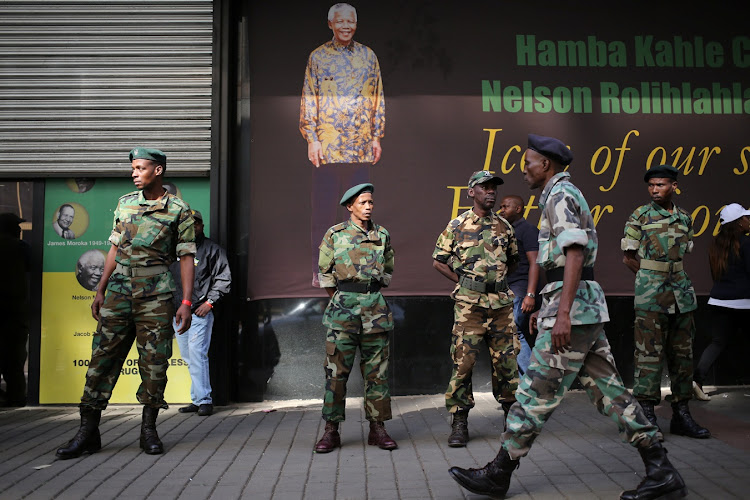 ANC policy conference delegates have revived the debate on the creation of a fully fledged military veterans ministry‚ saying it should be established before the end of this administration's five-year term in 2019.

David Mahlobo‚ who is a member of the ANC's subcommittee on peace and stability‚ said the proposal was made by delegates during commission discussions at the ANC policy conference in Nasrec‚ south of Johannesburg.

"With respect to the military veterans‚ we have reconfirmed the decision we have taken in the 2007 Polokwane [conference] where we agreed to establish a ministry‚" Mahlobo said.

The uMkhonto we Sizwe Military Veterans Association (MKMVA) have made a pronouncement on who should take the reins as the ANC's next top six ...
Politics
4 years ago

"There is a strong view that we should be able to conclude the journey of giving a stand-alone ministry to be able to deal with issues of military veterans and the suggestion is to say before the end of this term‚ we should have done that‚" said Mahlobo.

The uMkhonto we Sizwe Military Veterans Association (MKMVA)‚ headed by deputy minister of defence and military veterans Kebby Maphatsoe‚ has long been lobbying for its own ministry.

TimesLIVE understands that MKMVA delegates pushed for the ANC policy conference to revive the debate on the ministry and for the proposal to be adopted.

Mahlobo said the policy conference recognised the need to better use the skills of retired and unemployed military veterans‚ especially in the private security space and national key points.

He said the military veterans have experience that should not go to waste.