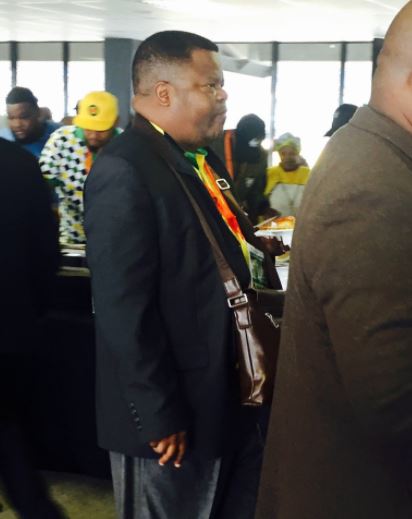 Serial political party hopper Ziba Jiyane will be unveiled as a new member of the embattled National Freedom Party (NFP) in Durban on Tuesday.

The NFP will become the former IFP national chairman’s seventh political home in as many years after the failure of his National Democratic Convention (Nadeco).

Jiyane formed Nadeco‚ which was mainly made up of IFP dissidents‚ after a public feud with IFP leader Mangosuthu Buthelezi over the direction of the party. Before joining the IFP‚ he was a member of the Pan Africanist Congress.

The IFP’s splinter party exploded onto the national political scene in 2005. Nadeco scooped eight parliamentary seats‚ five in the National Assembly and four in the KZN provincial legislature‚ without a single vote being cast — thank to Jiyane’s skillful use of the floor-crossing window period.

But two years later Jiyane was ousted from his own party by former SABC boss Hawu Mbatha after a protracted legal dispute. Jiyane then formed the Federal Congress of South Africa‚ which later changed its name to the South African Democratic Congress (Sadeco).

Following concerns from the Durban Equality Court‚ the SA Human Rights Commission on Tuesday reconsidered its request to indefinitely postpone its ...
Politics
4 years ago

Like Nadeco‚ which faded into political oblivion after losing all its national and provincial seats in the 2009 general election‚ Sadeco never took off.

After Sadecco’s failure Jiyane threw his lot in with the DA in 2011 in a bid to become to the party’s leader in KZN. He challenged DA provincial leader Sizwe Mchunu during the party’s provincial congress a year later but lost. Thereafter he went into the political wilderness for a while before joining the ANC in the Musa Dladla region in northern KwaZulu-Natal‚ where he hails from.

Then it emerged on Tuesday that the NFP will unveil Jiyane as its new member. The beleaguered NFP is itself on the ropes after being split into two factions‚ although both sides agree that ailing founder Zanele kaMagwaza-Msibi is still the president of the party.

Therefore‚ it remains to be seen whether Jiyane‚ once an influential political player/transport mogul‚ will breathe any life into the ailing NFP.